by Sarhan Basem
in Commission, Europe 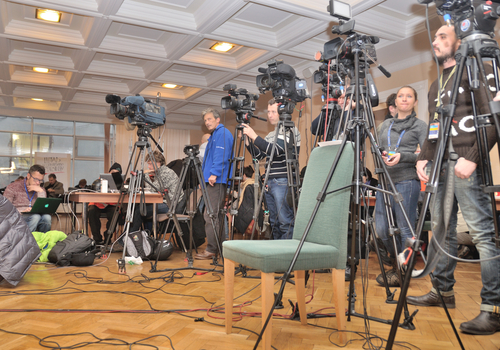 The Association of European Journalists (AEJ) supports an appeal for more, better and more transparent communication in the European Commission’s annual report on Rule of Law issues that are linked to democracy and media freedom.

Brussels (Brussels Morning) Brussels. 22 September 2021. Civil society and media organisations, including the Association of European Journalists (AEJ) working with the EU Media Advocacy Group, issued a joint statement Wednesday with some recommendations on how to improve the credibility, inclusiveness and impact of the EU’s annual Rule of Law Reports.

While welcoming the EU Rule of Law report as an important step towards strengthening the foundational values of the Union, they also cite problematic shortcomings arising from the Commission’s narrow interpretation of the Rule of Law and what they describe as “an overly legalistic approach” that fails to assess the implementation of impact of laws in practice, especially in countries such as Poland.

In their view the reports fail to capture or identify barriers other than the laws themselves that restrict civic space.

They give a list of 13 recommendations that they believe should guide the EC when it comes to future reports.

In their view the reports fail to map the scale of systematic human rights violations such as cases of racial and other discrimination, undue limitations to freedom of expression and assembly, attacks on academic freedom, discriminatory laws and measures against women and LGBTIQ persons and violations of rights of migrants that directly affect respect for the Rule of law in the EU.

In addition, according to the group’s assessment of the reports, they have overlooked some serious media freedom issues particularly with regard to the capture and state control of public service media.

This information is easily accessible in the Media Pluralism Monitor 2021 and the annual report by the partner organisations, including prominently AEJ, to the Council of Europe.

Finally, they suggest than in future the impact of the reports should be strengthened with concrete recommendations, clear linkages with other EU frameworks and policy instruments, an alert mechanism, and transparent dialogue on follow up.

The whole statement can be read as reproduced here in Brussels Morning or downloaded from the website of EPD, which coordinated the work of the group:https://epd.eu/wp-content/uploads/2021/09/joint-statement-on-rule-of-law-reports-22-09-21.pdf