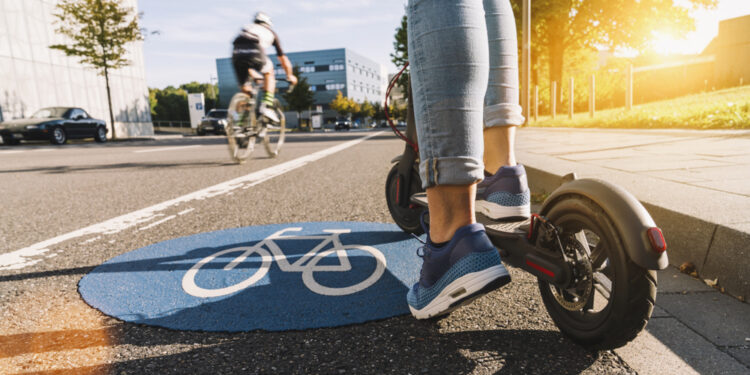 Brussels, (Brussels Morning) – The Royal Commission for Monuments and Sites (KCML) sees no advantage in the plans of Brussels City for the redevelopment of the Sint-Katelijnestraat. The plan is to make the street green and to build the street on one level. The KCML gives negative advice, because the street is already used as a pedestrian zone.

Brussels-City wants to completely transform the Sint-Katelijnestraat into a pedestrian zone. The city does not think the cobblestone pavement and curbs are optimal for cyclists and pedestrians. To solve the problem, the city wants to build gutters in bluestone and flat cobblestones. In addition, Brussels wants to plant new trees, install 15 inverted U-shaped bicycle racks and build a work of art. The permit application runs until May 19.

The KCML now gives negative advice. According to them, these works are not necessary. “The proposals do not seem essential to convert this roadway into a pedestrian zone. The roadway and sidewalks are used as such,” says the Commission in its opinion. The street has been car-free between Sint-Katelijneplein and Zwarte Lievevrouwstraat since August 2020, except between 4 am and 11 am for deliveries to local traders.

Barely 15 years ago, the street was renovated according to the principles of the ‘Chemins De La Ville’, says the KCML. “The Commission does not understand why these recent developments are changing so quickly. This also raises questions about costs, sustainability and quality of life in the city centre,” the KCML continues.

Construction sites in the street would be detrimental to the well-being of the residents. The KCML also points out that the street is not in bad condition, and sees no reason for repair.

The Commission wants to preserve the traditional mediaeval style in the city. The Sint-Katelijnestraat is a fine example of the architecture of an old Brussels paved road. “In order to maintain the cohesion between the historic buildings and the road network, the KCML asks that the elevated sidewalks be preserved. Out of respect for the existing landscape, the urban compositions, and the coherence with the Sint-Katelijnekerk and square”.

According to the Commission, the old centre of the city is gradually losing its identity. “It is important that the mediaeval aspects of the city are still preserved.”

The local traders also have questions about the project. While they do see the potential in these works, they remain sceptical of the implications. “I’m not much in favour of it, it would be a shame if the street was transformed into a shopping and pedestrian area,” says Filip Jans, manager of café de Monk. “I fear that such works will attract too many tourists, there the city of Brussels is currently focusing too much on it”.

After the difficult Covid period, many operators see these projects as a new obstacle. “We have already asked the city to postpone the work as long as possible.” says Jans. “The temporary renovations also have an impact on deliveries. The street is already not easily accessible, construction sites will make that even more difficult.”

Tanguy of the Dierendonck butcher shop is also rather cautious about the city’s plans. “It might not be bad in the long run. I hope we don’t get an Anspachlaan effect, that the street becomes a hangout”.

The streets must be greened

Alderman for Urban Planning and Public Space Ans Persoons (One.brussels-Vooruit) does not understand the reaction of the KCML: “The planned redevelopment is the same as in the pedestrian streets around the Grote Markt. Without redevelopment, the street will remain tailored to cars, which will lead to more infringements,” Persoons told BRUZZ

“We need to make our streets greener. During the first talks about this redevelopment with the dealers, people were asked to make the street car-free sooner. We did. I understand that there is a fear of a construction site, but we will consult closely with the traders to limit the nuisance as much as possible.” adds Persoons.

The Region will decide whether the City will receive a permit for the works.