Missing girl, 12, found dead in river in west of Scotland 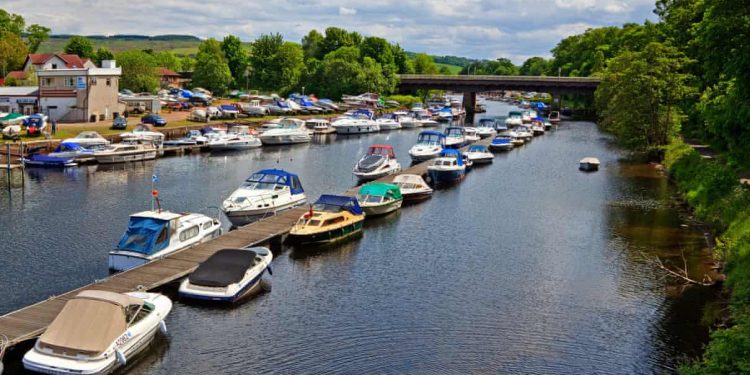 A search for a missing child in a river in the west of Scotland has ended with police finding the 12-year-old girl’s body.

Police Scotland were called to a report of the girl being in difficulty in the river Leven at Balloch Bridge about 25 miles north-west of Glasgow at 6.45pm on Sunday, sparking a search also involving firefighters and HM Coastguard.

The girl was recovered from the water which is at the southern end of Loch Lomond at around 9.45pm on Sunday night but was pronounced dead at the scene, police said.

The child’s family were informed of her death and enquiries were ongoing, but police were not treating the death as suspicious. A full report will be sent to the procurator fiscal.

A Scottish fire and rescue service spokeswoman said: “We were alerted at 6.46pm on Sunday 9 August to reports of a person in the water in Balloch.

A spokesman for the Maritime and Coastguard Agency said: “At 7.09pm this evening we were asked (by the police) to send the HM Coastguard search and rescue helicopter from Prestwick to assist Police Scotland at a search at Balloch, Loch Lomond.