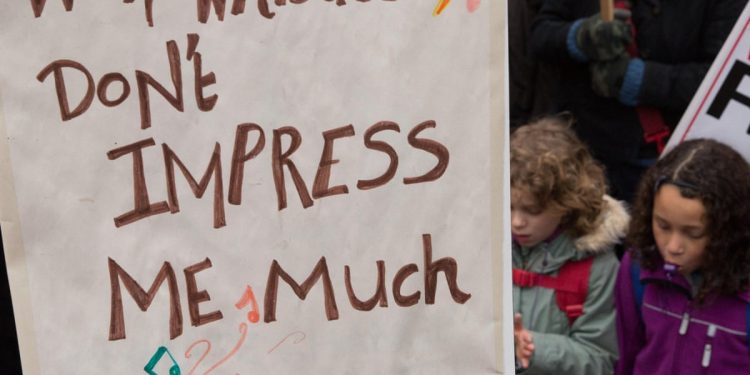 An independent body responsible for reviewing the laws of England and Wales released a new report proposing sex or gender be added to the protected characteristics defined in hate crime legislation.

It also noted criminal law did not give them all the same protection and noted calls for expansion of legislation to include new protected characteristics that tackle hatred such as misogyny.

Hate crimes are violent acts or hostility toward people because of who they are.

Since the ‘upskirting bill’ passed in England, appeals have grown to make misogyny a hate crime, including from a couple who were assaulted on a London bus last year.

“We were beaten up by a group of young men, who demanded that we kiss. It started off with aggressive harassment and quickly escalated into assault and robbery”, said Melania Geymonat and her partner Christine Hannigan in a statement earlier this month.

Labour MP Stella Creasy, who has advocated for a change in the law, has welcomed the proposals saying they would help “detect and prevent offences including sexual assault, rape and domestic abuse”.

Other concerns highlighted by the Commission included the lack of clarity in current legislation and challenges prosecuting disability hate crimes.

It will also consult on aggravations based on age and toward homeless people and sex workers, people with non-religious philosophical beliefs and alternative subcultures.

Other proposals included extending the application of aggravated offences, stirring up hatred offences, and potentially football chanting offences to characteristics not already covered.

Professor Penny Lewis, the Commissioner for Criminal Law at the Law Commission, said:

“Our proposals will ensure all protected characteristics are treated in the same way, and that women enjoy hate crime protection for the first time.”