Minneapolis will not put dismantling of police department on November ballot 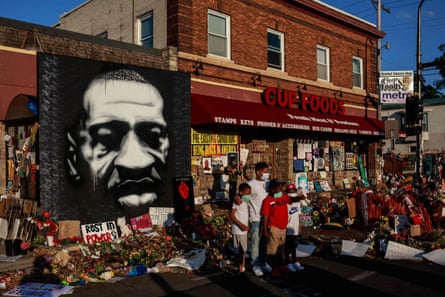 A Minneapolis commission decided on Wednesday evening to take more time to review a city council amendment to dismantle the city’s police department in the wake of George Floyd’s killing, ending the possibility of voters deciding the issue in November’s election.

The city’s charter commission had expressed concern that the process to change the city’s charter was being rushed after Floyd, a Black American, was killed while being restrained by the police during an arrest attempt in May, with one white officer kneeling on his neck for almost nine minutes.

Some commissioners said they were more concerned with making the right changes than making them fast, despite the death triggering nationwide and even international protests and urgent calls for policing reform as well as a reckoning with systemic racism.

The proposed amendment followed widespread criticism of law enforcement over Floyd’s death. It would have replaced the police department with a department of community safety and violence prevention that backers said would take a more “holistic” community approach. That approach was not fully defined.

The proposal would have allowed for some armed police officers. It called for a division of licensed peace officers, who would have answered to the new department’s director.

“The council says ‘Trust us. We’ll figure it out after this is approved. Trust us.’ Well, I don’t, and we shouldn’t,” said Barry Clegg, chairman of the charter commission. “Charter change is too important.”

The issue would probably have gone to voters if the commission had acted decisively either for or against the amendment. That is because the city council was required only to consult the commission and was not bound by their action.

But the lack of a final decision means the proposal will not clear deadlines to make the ballot this November.

Mel Reeves, a community activist, said he was not surprised, calling the decision a delay tactic.

“We talk about living in a democracy, but if you really want to be democratic, sometimes it’s damn near impossible. If people really want to do something, there are all kinds of mechanisms to keep them from doing it,” he said.

The Minneapolis mayor, Jacob Frey, told the Associated Press that he opposes eliminating the police department.

“We should not go down the route of simply abolishing the police department,” Frey said on Tuesday. “What we need to see within this department, and within many departments throughout the country, is a full-on culture shift.”