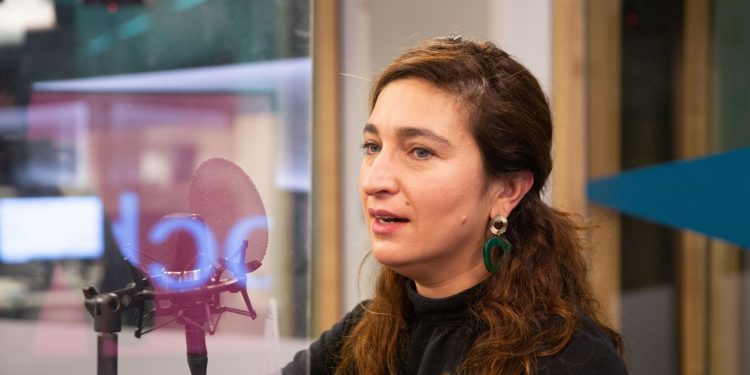 Brussels (BrusselsMorning) Removing even more costs from the energy bill is possible, but will not lead to a decrease in that bill. That is what the Flemish Minister for Energy (N-VA) said in “The morning”. In doing so, she is responding to the hint of Groen chairman Almaci, who said that Flanders can still get a lot out of the bill. “The problem is geopolitics, and the deliberate CO2 policy at European level,” said Demir.

In the file about the sky-high energy prices and bills, Groen chairman Meyrem Almaci said yesterday that it is up to Flanders to remove things from the energy bill. Green is at the federal level, but Flemish is in the opposition. “We have already removed many levies, the Flemish component is smaller than the federal one”, Minister Zuhal Demir (N-VA) responds this morning in “The morning” on Radio 1.

“But we are working on, the exercise is not yet finished (…) But even if we still get things out of it, people will not feel anything about it. Because it takes place at the European level with the deliberate policy on CO2 (…) They charge costs there because they think that people will then go for other forms of energy. But the portfolio cannot keep up with the speed at which people do this. I am in favor of a “green deal”, but it should not be ” become green-steal.” Demir, in turn, bounces the ball back to Almaci and Federal Energy Minister Khattabi (Ecolo), who could put pressure on the European level.

“High energy prices are not a temporary phenomenon. The problem is geopolitical for Russia and also on a European level,” said Zuhal Demir (N-VA). Watch the conversation in “The Morning” here:

This morning the newspaper De Standaard wrote that many owners of installations that produce green electricity can currently make substantial profits due to the high energy prices. Because owners of solar panels that were paid before 2013, receive a fixed subsidy that is independent of the energy prices. And anyone who sells their surplus of produced energy to the grid now also gets more money for it, because energy now costs a lot.

That will not lead to really big profits in the dark winter months, says CEO of solar panel company Intellisol Herman Daniëls. It is mainly wind farms, which also receive subsidies, that can make a profit. “These are mainly in the hands of the energy suppliers themselves, but also sometimes of private investors. They are now reaping extra profits, but there have also been times when they had to pay to get their energy on the grid. There are subsidies, which are hanging. Depends on when the wind turbines were put in place, and the regulations then. Often those regulations take energy prices into account, which means that the subsidies are lower.”

Minister Demir acknowledges that there is a problem with the large profits and subsidies. “I’ve been looking at the over-subsidization for wind and solar energy for a year and a half. But it has been concreted in regulations and if something is changed, then people must also pay compensation. So it must also be legally valid.” , says Demir.

In the conversation in “The morning”, Demir also looked ahead to the parliamentary inquiry into the PFOS file. The committee will meet again soon. Many members of previous Flemish governments pass by. Among them, among others, Joke Schauvliege, who was minister of the environment, Jo Vandeurzen as a former minister of welfare, but also current minister Ben Weyts must appear, from his previous position as minister of mobility.

According to Demir, important testimonies have already been given in the committee, but the work is far from complete. “For example, 3M itself has been, but they have “twice said nothing”. I have to appear myself next week. The work is not finished yet. After that, the committee has to consider where the failure has been and why no alarm bells have gone off. And of course there must also be recommendations,” says Demir.