Millions of animals trafficked from the Amazon annually – report 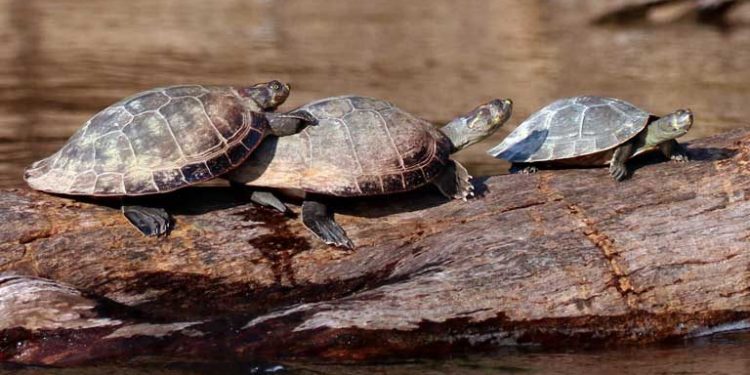 Millions of wild animals are trafficked within and out of Brazil every year, a new report has found, with its authors warning that a lack of good quality data means the country’s illegal wildlife trade is not taken seriously enough, with grave consequences for biodiversity.

“The information is very dispersed,” said the lead author, Sandra Charity, a biodiversity consultant who wrote the 140-page study with Juliana Ferreira from Freeland Brasil, a non-profit group combating the trade. Produced by wildlife trade monitoring network Traffic, it called for a national strategy to combat the lucrative business.

The Covid-19 virus, a zoonotic disease scientists believe was passed to humans from horseshoe bats, shows how important control is, said Ferreira. “There is a serious risk of pandemics,” she said. “We have reached a turning point in how we deal with wild animals.”

One employee of the environment agency Ibama said it received 72,000 wild animals across Brazil in 2018, the report said, but data varies and police forces have their own numbers. Traffickers feel a sense of impunity because “existing legislation does not consider wildlife trafficking a ‘serious crime’, with mild penalties that do not act as a disincentive,” it said.

Data from the Brazilian Amazon is even more “notoriously scarce”, the report found. Turtle eggs and pirarucu fish are sold for food and river fish sold to Asia for aquariums. The triple border region in the western Amazon where Brazil meets Peru and Colombia is “particularly relevant hub” for trafficking, the report said. The Guardian reported from the region in 2018.

The Amazon also suffers from a growing trade in jaguar parts, exported to Asia for use in traditional medicine, replacing tigers as their population falls. “The pressure on them is increasing,” said Charity.

Brazil’s most seized bird is the saffron finch – traditionally kept as pets by many Brazilians, the report revealed. The bird trade is concentrated in poorer communities near conservation areas, said Marco Freitas, an official with environment agency ICMBio who combats the trade in the Murici reserve in Alagoas state in Brazil’s north east and across Brazil.

“It’s a country with many problems of poverty and corruption and this makes it difficult,” he said.

His work can be dangerous – when Freitas and officials visited a man keeping illegal birds recently, he pulled a knife. “I pulled my gun very quickly and he backed off,” Freitas said.

He was in Brasília earlier in July when Pedro Krambeck, a 22-year-old veterinary student, was taken to hospital after being bitten by a monocle cobra he was keeping illegally – and took part in operations that have since recovered 32 snakes, many of whom, like the cobra, were not native to Brazil.

“Brazil has always been a supplier of wild animals to the illegal market because we have a big biological diversity,” he said. “But now Brazil is becoming a big importer of wild animals, especially poisonous snakes.”