Clandestine migrants trafficked to the UK against their will 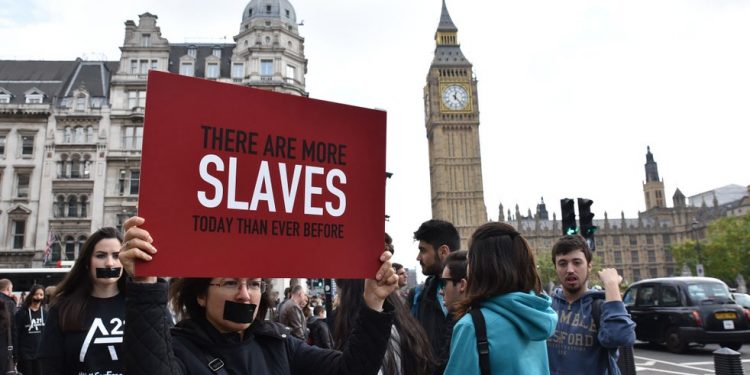 More than 200 migrants in 18 small boats were intercepted off the Kent coast by the UK Border Force on Monday, while an additional 106 migrants in eight boats were stopped by French authorities, according to BBC reports. On Sunday, 21 migrants reached the UK in two boats while French authorities rescued six others. UK Prime Minister Boris Johnson warned last week that the UK had become a target for those who exploit vulnerable people. He noted that some 1,468 migrants had crossed the English Channel in small boats during the month of August despite Home Secretary Priti Patel’s vow to make the dangerous route non-viable.

Clandestine Channel Threat Commander Dan O’Mahoney, a former Royal Marine and a maritime expert, warned that criminals willing to risk people’s lives for money are facilitating the crossings. Pointing out that France is a safe country with a functioning asylum system, he stressed that those seeking asylum should and can claim asylum there. Noting that the number of migrants reaching UK shores is still too high, O’Mahoney told the Home Affairs Select Committee last week that French authorities are as committed as the UK to stopping migrants crossing the English Channel. In their efforts to cross, many migrants were being forced to do so in small boats, he said. O’Mahoney pointed out that many migrants have no idea where they are once they reach the UK.

Cooperation between authorities in the UK and France was reinforced in July, when French Interior Minister Gérald Darmanin and UK Home Secretary Patel formed a new joint intelligence unit, RFI reports. Six French and six British police officers are working as part of the group on tracking human traffickers and their operations. The unit has urged social media companies to close accounts belonging to traffickers in its efforts to deal with the problem. Most migrants who reach the UK from France will not be granted asylum or the right to work in the UK but instead will be categorised as illegal economic immigrants.