Migrants gather in Serbia, BiH in hopes of entering EU 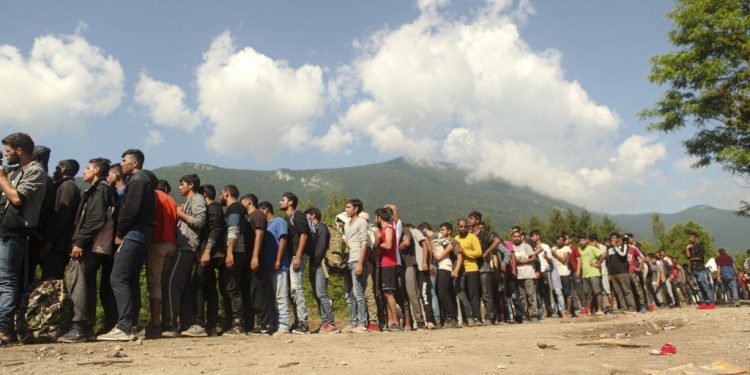 Some 2,000 migrants are expected to join a small group from the Middle East and Africa near Subotica in northern Serbia in an attempt to sneak across the border of EU member state Hungary, according to a Reuters report, Monday.

Meanwhile, hundreds of men and boys from the Middle East, North Africa and Asia have set up ever-expanding makeshift camps in Bosanska Krajina, the western region of Bosnia and Herzegovina, AP reports. The region shares a porous border of some 1,000 kilometres length with EU member state Croatia, drawing migrants who are looking to enter the EU through BiH.

While the EU has provided BiH with 60 million euros for migrant centres and more, and with five of the seven centres in question set up in Krajina, local authorities have started ousting migrants from the reception centres. The move could cause a crisis, aid organizations in Krajina warn, stressing that growing numbers of migrants are scavenging the forests for food.

According to the Asylum Protection Centre (APC) migrant support NGO, 2,000 or so migrants in the north of Serbia want to reach wealthier parts of the EU. APC head Radoš Đurović points out that about 150 migrants enter Serbia each day.

Spokeswoman for the Serbian Commissariat for Refugees and Migration, Svetlana Palić, says some migrants are stuck in Serbia’s north because of the strict border controls in Hungary and Croatia. Samir, a Moroccan migrant, said he was stopped by police and military patrols when he tried to enter Croatia. Undeterred, his friend Adil Faris said he is resolved to find a way past the closed borders.

On Monday, Greek Police (ELAS) noted that 33 members of NGOs and two foreign nationals had been charged with running a criminal organization, over suspected human trafficking, Kathimerini writes. The suspects are accused of facilitating illegal entry of asylum seekers from Turkey to Greece, with police claiming the group had been involved in smuggling migrants since June at least.

The investigation continues with the aim of determining the range of the suspected group’s activities, ELAS stated, alleging that the suspects used closed social media groups, apps and other devices in support of smuggling rings.