Migrant crossings from Belarus to Lithuania at a halt 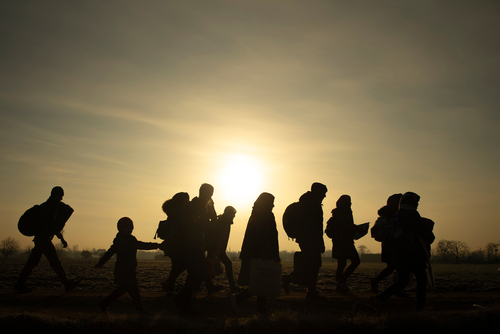 Brussels (Brussels Morning) The wave of migrant crossings from Belarus to Lithuania has apparently ended, with more than 4,000 migrants having entered Lithuania illegally thus far this year, approximately 50 times more than in the whole of 2020.

Henrik M. Nordentoft, the Representative of the UN High Commissioner for Refugees (UNHCR) to the Nordic and Baltic Countries, pointed out on Friday that the “emergency phase” of the wave appears to be over, the Associated Press reported on Saturday.

He stressed that the country now has to focus on assessing asylum claims and protecting the wellbeing of people in migrant detention centres. Nordentoft pointed out that Lithuania has fewer than 3 million citizens and that the migrant wave had created a “completely unique situation” in the country.

Noting that Lithuania lacks “standby capacities to quickly mobilize”, the UNHCR official said the country should be able to handle the situation since he sensed that it possessed “a drive, a declaration, a will”.

Nordentoft observed that the wave of migrants that had entered Lithuania may have “more of a migrant profile than a refugee profile”. He cautioned about demands arising with the approach of cold winter weather, pointing out that Lithuania needs to process a large quantity of asylum applications.

On Friday, Lithuania’s Interior Minister, Agnė Bilotaitė, said that the authorities are currently processing around 1,500 asylum requests, while noting that some people had agreed to be repatriated. Lithuania has constructed temporary migrant camps and is building a fence along its border with Belarus, which it has accused of abetting the illegal migration.

EU member states Lithuania, Latvia, Poland and Estonia have accused Belarus of having played a role in the migrant surge, suggesting that this may have been in retaliation for the bloc’s sanctioning the hardline Minsk regime.

The EU imposed additional sanctions on Belarus after the country forced a commercial flight to land in Minsk and arrested an anti-government activist and journalist, Roman Protasevich, who was on board.

Polish authorities have reported that close to 900 people have been arrested attempting to cross its border with Belarus illegally this year, compared to a total of 122 intercepted in the entirety of 2020.