Microsoft’s TikTok deal: bargain of the decade or a $50bn blunder? 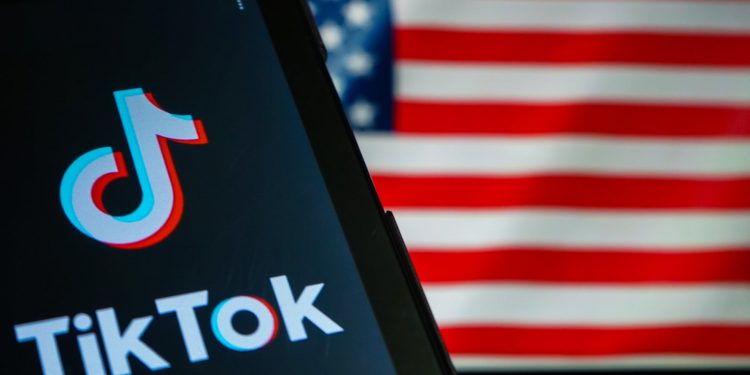 As the clock ticks on Microsoft’s fast-track talks to buy TikTok the jury is out on whether it marks a unique opportunity to become a global social media giant overnight, or a $50bn (£38bn) geopolitically fuelled business blunder.

Donald Trump’s trade war with China has forced ByteDance, the privately owned Beijing-based parent of the video-sharing site TikTok, to pursue a sale of its US business after the president signed an executive order last week that could shut it down on 15 September.

TikTok has proved to be a social media juggernaut, drawing hundreds of millions of users, most of whom are in the advertiser hotspot of 12 to 24 years old, to short videos from creators including the singer Doja Cat, Charli D’Amelio and illusionist Zach King.

ByteDance has reportedly forecast that the three-year-old TikTok’s revenues will grow from $1bn this year to $6bn by the end of 2021.

The surprise forced sale opportunity has pro-Microsoft analysts in rapture at the possibility of a bargain price for a social media business still in the foothills of potential growth.

“We believe Microsoft buying TikTok would be like Christmas morning coming early for investors,” said Dan Ives, an analyst at Wedbush, in a note to investors. “This is a unique deal of a decade opportunity. In a few years if navigated the right way [TikTok] could reach a valuation in the $200bn area code.”

Microsoft appears to have little competition, with ByteDance keen to sell to a fellow tech company to make the safe transition of user data, and 15m lines of code, an easier if still immensely difficult job.

Neither Facebook, which owns Instagram and WhatsApp, nor Google, which owns YouTube, could even think of entering talks, given anti-trust issues. Apple immediately denied reports it had taken a look at TikTok.

Twitter had reportedly been tentatively approached by ByteDance about some form of “potential combination” before Microsoft’s talks progressed, but lacks its financial might, which will be needed to do a deal swiftly.

With more than $130bn in cash, equivalents and short-term investments on the balance sheet, Microsoft easily has the firepower to complete a deal that would be the biggest in the company’s history, surpassing the $26bn paid for LinkedIn in 2016.

However, the price tag is arguably the least of Microsoft’s concerns with a myriad of potential political, practical and strategic issues to face as the new owner of TikTok.

Microsoft’s deal began as talks to buy TikTok’s operations in the US, accounting for an estimated half of the company’s $1bn revenues this year, as well as in Canada, Australia and New Zealand. Analysts have raised the issue of the difficulty of unpicking parts of TikTok’s growing empire, and questioned the value of owning only part of a global business.

The talks have reportedly been expanded to a potential global deal for one of China’s big tech success stories, which could further anger the Chinese state, already riled by Trump’s tactics. White House officials have argued that TikTok poses a national security risk, claiming personal user data could be shared with the Chinese state government.

Microsoft will have to work carefully to shift data, rewrite code and work with TikTok programmers in China, while making sure not to inadvertently open a “back door” into its own systems.

While TikTok looks to have achieved the global scale to ensure it remains a key social media player, its users are drawn mainly from the youth demographic prone to look for the next big thing. The history of social media is littered with promising contenders, from MySpace to Bebo, which have disappeared without trace.

Pretty much all of TikTok’s biggest influencers tell their followers to go to their Instagram page to engage with them beyond the video posts. Facebook has also been targeting high-profile TikTok creators with lucrative deals, forcing the company to fight back announcing a $2bn fund last month to attract and retain creative talent.

“Facebook have rarely outcompeted a new social media platform and it is very difficult to replicate the kind of communities you have on TikTok,” said Jamie MacEwan, an analyst at Enders. “Their solution in the past was to buy out opposition and they can’t this time. Microsoft may well get it at a fairly good price, and I’m bullish on TikTok continuing to grow if it can negotiate a sale.”