Microplastic particles found in human organs by US scientists 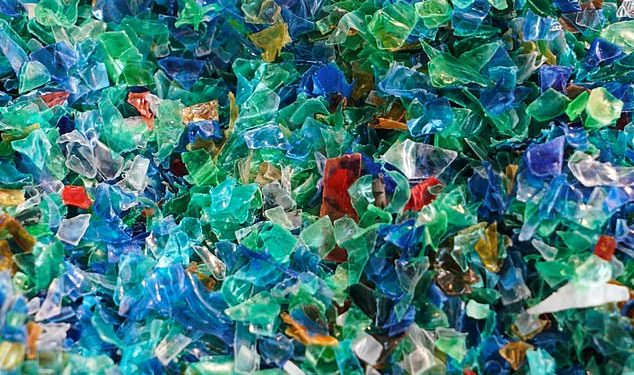 Microplastic and nanoplastic particles have been discovered in human organs for the first time. The researchers found the tiny plastic pieces in all 47 samples of lungs, liver, spleen and kidneys they examined.

Microplastic pollution has affected the entire planet, from Arctic snow and Alpine soils to the deepest oceans. The particles can harbour toxic chemicals and harmful microbes and are known to harm some marine creatures. People are also known to consume them via food and water, and to breathe them, But the potential impact on human health is not yet known.

They also found the chemical bisphenol A (BPA) in all 47 samples. The US Environmental Protection Agency is concerned about BPA because “it is a reproductive, developmental and systemic toxicant in animal studies”. The researchers examined lung, liver, spleen and kidney tissue as these organs are likely to be exposed to microplastics or collect them. Their results are being presented at a meeting of American Chemical Society on Monday, and have not yet been through the peer review process.

“We never want to be alarmist, but it is concerning that these non-biodegradable materials that are present everywhere can enter and accumulate in human tissues, and we don’t know the possible health effects,” said Varun Kelkar, at Arizona State University, US, and part of the research team.

“Once we get a better idea of what’s in the tissues, we can conduct epidemiological studies to assess human health outcomes,” he said. “That way, we can start to understand the potential health risks, if any.”

Charles Rolsky, another member of the team, said: “In a few short decades, we’ve gone from seeing plastic as a wonderful benefit to considering it a threat.”

Microplastics are those less than 5mm in diameter and nanoplastics are even smaller, with diameters less than 0.001mm. Both form largely from the abrasion of larger pieces of plastic dumped into the environment. Research in wildlife and laboratory animals has linked exposure to tiny plastics to infertility, inflammation and cancer.

The donors to the tissue bank had provided information on their lifestyle, diet and occupations, so this may provide clues to help future work determine the main ways in which people are exposed to microplastics.

The methodology developed by the team to extract plastics from the tissues and analyse them will be shared online so other researchers can report their results in a standardised way. “This shared resource will help build a plastic exposure database so that we can compare exposures in organs and groups of people over time and geographic space,” said Rolf Halden, another member of the Arizona State University team.

Previous studies have shown people eat and breathe in at least 50,000 particles of microplastic a year and that microplastic pollution is raining down on city dwellers, with London, UK, having the highest levels recorded to date.

Other work has shown different kinds of nanoparticles from air pollution are present in human hearts and brains, and have been linked to brain cancer.