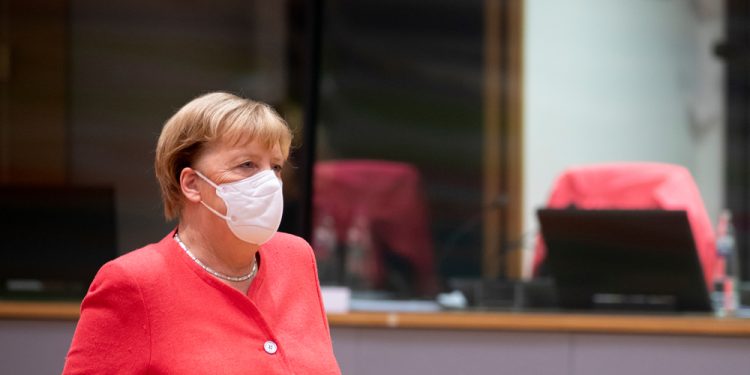 Brussels (Brussels Morning) The departure of the German chancellor Angela Merkel, who will step down after September general elections, could weaken the European Union (EU), according to the annual report by consultancy Eurasia Group, released yesterday.

The study “Top Risks 2021” identifies some of the main risks facing the world. At EU level, the consultancy attributed to Angela Merkel the merit of the consensus reached among the EU27 to approve the European Recovery Fund, an important tool for the post-pandemic economic recovery.

It was during the rotating EU presidency of the Council — currently led by Portugal after Berlin’s term ended in December — that the Recovery and Resilience Mechanism was designed and a compromise reached to appease Poland and Hungary’s opposition to it.

“2021 is going to be more complicated for Europe, partly because Merkel is leaving, which leaves [Emmanuel] Macron ahead of the European Union. But he is much more concerned with internal issues, more difficult economically than those of Germany. It means that the EU has a weak leadership”, Eurasia’s president Ian Bremmer said, while presenting the report.

After several electoral setbacks from her Christian Democratic Party (CDU), Angela Merkel announced, at the end of 2018, that she would not run for a fifth term. The German leader has been serving since 2005.

The American political scientist says this year the EU will face an economic crisis due to the “hangover from restricted confinements during the winter” and also the end of the “hibernation” of populism in countries like Italy, the Netherlands and France as a “consequence fatigue with restrictions and frustration with vaccine implementation”.

The transition of the US presidency from Donald Trump to Joe Biden, the continued impact of the COVID-19 pandemic worldwide, the fight against climate change and the risk of computer attacks are other threats highlighted in the report.