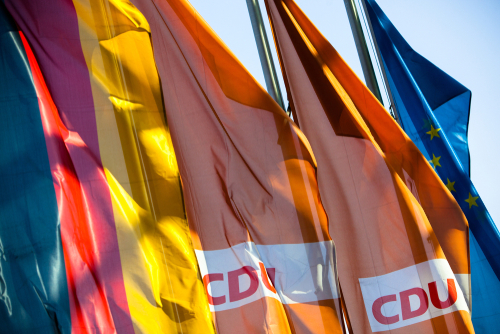 Beforehand, the AfD was ahead in the polls, with analysts predicting it would be hard for CDU’s state Premier Reiner Haseloff to stay in power with his three-party coalition, which also includes the centre-left Social Democrats (SPD) and the Greens.

Despite having polled at around 25% in the run-up to the elections, CDU pulled off a surprising and convincing win with 37.1% of the votes on Sunday, according to official preliminary results.  Analysts are calling it “a remarkable victory” for the party ahead of the federal elections in September.

AfD won 20.8% of the vote, underperforming their showing in the pre-election polls, with the far-left The Left next with 11%, then the SPD (8.4%), the liberal Free Party (FDP) with 6.4%, and the Greens (5.9%). Leaders of both the SPD and the Greens reportedly stated they would be interested in preserving the three-party alliance. FDP’s lead candidate Lydia Hüskens said she was also “very optimistic” that her party could join the state’s governing coalition.

Greens’ chancellor candidate Annalena Baerbock expressed displeasure with the party’s results in the state, noting that they had hoped for a better result. On a federal level, the Greens remain ahead in the polls and Baerbock is considered to be among the leading contenders to become Germany’s next chancellor in September.

The Sunday results, however, provided a much-needed boost to the significantly less popular new leader of the CDU, Armin Laschet. Despite succeeding Merkel as the party leader, Laschet continues to have a hard time convincing the voters that he should also succeed her as the next German chancellor. Prior to his being designated the party’s chancellor-candidate, not even CDU voters considered him their first choice.