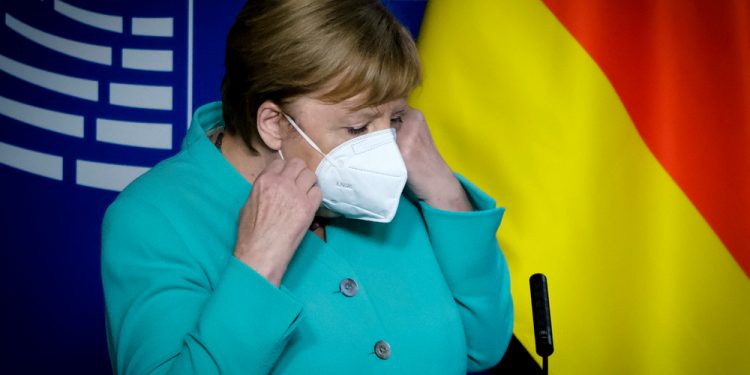 Brussels (Brussels Morning) After winning his bid for leadership of the Christian Democratic Union (CDU), centrist Armin Laschet still has a long way to go in order to succeed Angela Merkel as future Chancellor of Germany, Reuters reported on Monday.

According to a Forsa poll commissioned by RTL broadcaster, some 36% of German voters would prefer Bavaria’s premier, Markus Söder, as their candidate for Chancellor. Soder heads the Christian Social Union (CSU), sister-party to the CDU.

Of those polled by Forsa, 21% favoured Laschet as their first choice. The CDU leader fared even more poorly in a Civey poll commissioned by Focus magazine, in which 43% said they would prefer Söder, with only 12.1% approving Laschet as the conservative union’s candidate.

Laschet was elected the new president of CDU on Saturday, with a narrow 521-466 vote against Friedrich Merz, the more conservative candidate, who previously lost out to Annegret Kramp-Karrenbauer in December 2018. Kramp-Karrenbauer resigned in February 2020, following a local government crisis in Thuringia, where local CDU politicians sided with the far-right AfD in supporting their candidate for Minister President.

Political analysts consider Laschet a moderate centrist, unlikely to take CDU policy far from the path set by Merkel. The fact that he is seen as the “boring” candidate, lacking in personality is believed to have been a factor in why many voters are looking to more exciting options.

The arrival of Bavarian state premier Söder, a charismatic 54-year old former journalist who experienced a fresh surge in popularity due to his handling of the coronavirus crisis in Germany’s richest state, seems to fit the bill.

The CSU and CDU parties made a pact in 1949 not to compete for one another’s voters, and to maintain a common conservative bloc, or “union”, in the parliament. Usually, this bloc nominates the leader of the larger CDU party as candidate for Chancellor. As those hesitating about the choice they now face doubtless recall, on the two occasions the parties jointly proposed a CSU candidate, the nominee ended up losing the general election.