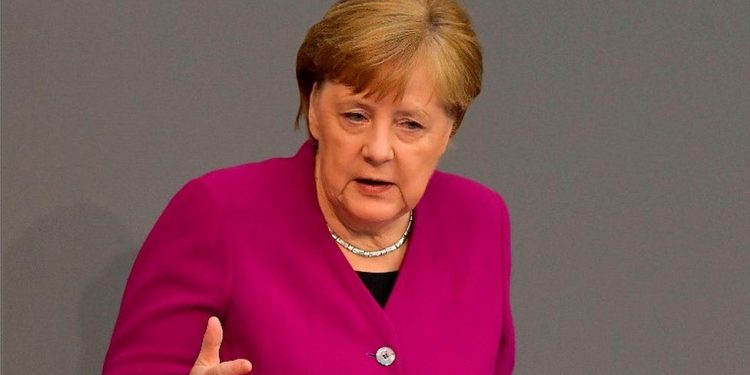 Germany’s Chancellor Angela Merkel warned yesterday that confirmed coronavirus infections could surge in Germany, as she pointed to the rising numbers of cases across Europe, DW reports.

Government spokesman Steffen Seibert noted that Merkel’s concern is such that she is determined the Government must do all it can to stop any exponential spread of the virus in hotspots. He urged people to accept restrictions aimed at slowing the expected spread of the virus with the approach of autumn and winter. Citizens should remain stay cautious and rational, and they should adhere to strict hygiene measures, he advised.

Merkel said it was vital to keep the economy running and to schools and nurseries open. German authorities must contain infections quickly and intervene where necessary. The Chancellor was speaking ahead of her scheduled conference with the leaders of Germany’s 16 states later today, when they are to discuss their approach to the latest phase of the coronavirus pandemic.

Merkel reportedly advised CDU officials that parties, pubs, bars and religious events remain a cause for concern, and that a secondary issue is football attendance.

Germany allows spectators to attend Bundesliga matches if infection quotas are within acceptable levels locally, but stadiums may only be filled to 20% of normal capacity, Reuters reports.