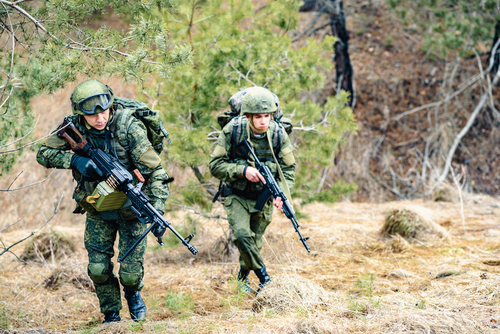 Brussels (Brussels Morning) Germany’s Chancellor, Angela Merkel, urged Russia’s President, Vladimir Putin, to stop the buildup of his troops along Ukraine’s eastern border, while as he in turn accused Kiev of “provocative actions” in the conflict region of Donbass, Reuters reported.

Following Kiev’s complaints of an increased Russian military presence near its borders, after a ramp-up in ceasefire agreement violations in the Donbass region, Merkel contacted Putin urging that the troop buildup “be unwound in order to de-escalate the situation”.

Putin reportedly told her the Russian forces pose no threat to Ukraine, and are purely defensive. However, he insisted they would remain in place for as long as Moscow sees fit. In a formal statement on the call, the Kremlin said that Putin “noted provocative actions by Kiev, which is deliberately enflaming the situation along the line of contact”.

After Ukraine’s President, Volodymyr Zelensky, earlier this week expressed a desire for his country to join NATO as soon as possible, a senior Kremlin official warned on Thursday that any major hostilities from Kiev could mark the end of Ukraine as a country.

The deputy head of Russia’s presidential administration, Dmitry Kozak, compared the Ukrainian government to “children playing with matches”. He also sounded a warning note. “I support the assessment that the start of military action – this would be the beginning of the end of Ukraine”.

At a press conference, Kozak referenced the 1995 Srebrenica genocide, in which more than 8,000 Bosniak Muslim men and boys were systematically murdered in and around the eponymous town.

Asked whether Russia would protect ethnic Russians in eastern Ukraine, Kozak replied it depends on the scale of the fire. “If there is, as our president says, Srebrenica, apparently we will have to step in to defend (them),” he declared.

The Kremlin maintains that the pro-Russian separatists fighting against Ukrainian forces in Donbass have no direct ties to Moscow. However, Western governments and the Ukraine maintain that the separatists have been armed, led, funded, trained and aided by Russia.