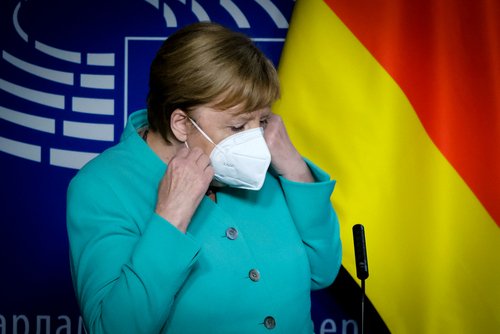 The country’s 16 state premiers have reportedly agreed to the new legislation, which would enable the federal government to introduce “a binding and comprehensive emergency brake for districts with incidents of 100 cases per 100,000 people and up”, according to a government source. Only after a seven-day incidence rate of below 100 cases per 100,000 residents, would  control over coronavirus measures revert back to the individual state.

The most recent country-wide incidence figure was 110.4 cases per 100,000, down from almost 200 in late December, when Germany went from light restrictions to a full lockdown. However, maintaining low figures is a challenge in a country where every federal state has been setting its own pandemic mitigation measures.

Because a meeting between Merkel and the 16 state premiers, which had been scheduled for Monday, was cancelled in advance, German Health Minister Jens Spahn warned that only nationwide measures can break the current wave of coronavirus infections.

Spahn told journalists there were nearly 4,500 patients in intensive care units all over Germany. “If this continues, it will be too much for our health system”, he warned.

Deputy government spokesperson Ulrike Demmer told the press that the planned legislation – an amendment to the Infection Protection Act – was expected by Tuesday. “Germany is in the middle of a third wave, so the federal government and the states have agreed to add to the national legislation”, Demmer said.