Merkel to meet with Putin in Moscow 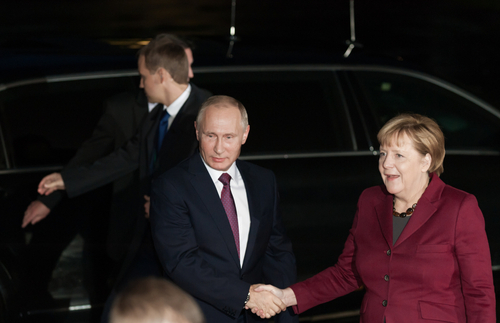 During Merkel’s 16 years in power, she and Putin disagreed on many issues, with the situation in Afghanistan presenting their latest point of contention, according to France 24, reporting on Friday.

While Merkel laments the return of the Taliban to power in Afghanistan, Moscow is open to cooperation with the militant movement. Russian Minister of Foreign Affairs Sergey Lavrov expressed belief that the Taliban is “declaring, and in practice showing, their readiness to respect the opinion of others.”

German Federal Government spokesman Steffen Seibert pointed out that Afghanistan, Ukraine and Navalny are “obvious” topics that the two leaders will touch on.

After her visit to Russia, Merkel is to visit Ukraine on Sunday to meet with President Volodymyr Zelensky, as tensions over Russian military presence on the border with Ukraine continue.

Germany and the US reached an agreement in July to allow the completion of the Nord Stream 2 gas pipeline which Ukraine has been critical of for years. According to the agreement, Russia is to face sanctions if it tries to weaponise energy against Ukraine, which relies on transit fees.

During her visit to Ukraine, Merkel could provide assurances over the pipeline.

Marking the anniversary of the poisoning of Navalny, Moscow accused Germany of running a “propaganda campaign” and “interfering in the internal affairs” of Russia.

Despite friction between Germany and Russia, Merkel has been trying to keep the dialogue with Putin alive. The Friday visit to Russia will be the 20th for Merkel, who speaks Russian and grew up in communist East Germany.

Putin previously said of Merkel “I trust her, she is a very open person,” but she is not known to have described Putin in a similar manner.