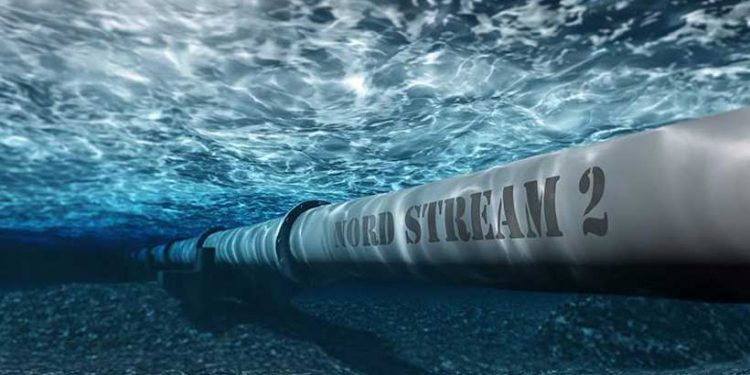 German Chancellor Angela Merkel has softened the rhetoric on halting the Nord Stream 2 gas pipeline project, Reuters reports. Her Economy Minister Peter Altmaier echoed the sentiment, playing down the possibility of putting the pipeline project on hold as part of possible sanctions against Russia over the poisoning of opposition leader Alexei Navalny.

Germany is in the middle of discussing options with EU and NATO partners in case Russia fails to shed light on the poisoning.  Navalny is currently being treated in Berlin for what Germany claims was an attempted murder with a Novichok nerve agent.

The planned Nord Stream 2 could double the capacity of the existing pipeline from Russia to Germany – Nord Stream 1 – and should start operating in 2021 unless the project is halted. The new pipeline is more than 90% complete.

According to party sources, Merkel, speaking at a meeting of her conservative Bundestag group, said that the EU should respond to the poisoning incident, but she toned down remarks about halting the pipeline project. According to party sources, the Chancellor told MPs that opinion on whether to use the Nord Stream 2 as leverage was divided. She also indicated that, at EU levels, many were disinclined to make a connection between putting the project on hold and the attack on Navalny.

Economy Minister Altmaier said late Monday that the possibility of sanctions should not be ruled out. However, he stressed that keeping communications open can often be more effective than imposing sanctions since the latter can harden political attitudes.. Altmaier said he was unaware of any case where Russia or a similar country changed its behaviour because of sanctions.Yesterday, according to Interfax, the Kremlin stressed there was no need for a political discussion on the nearly completed pipeline since it is primarily a commercial project.