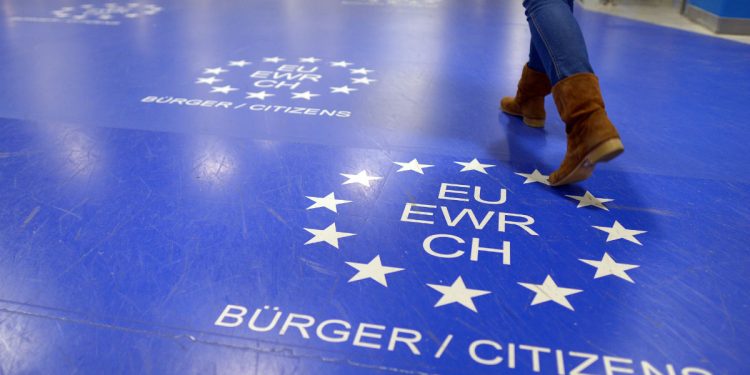 Brussels (Brussels Morning) Germany’s Chancellor Angela Merkel has changed her position on migration policy and called for tighter EU border control in a virtual conference with EU leaders, Reuters reported Tuesday. This change of position comes in the wake of eight murders committed by jihadists in Paris, Nice and Vienna in the last month or so.

Macron and Merkel agreed that the EU’s Schengen Area open borders plan needed urgent revision, taking into account the fact that the attacks in Nice and Vienna had been committed by assailants who had moved freely between countries in the Schengen Area.

The recent jihadist attacks turned the EU’s focus onto religious extremism once more, an issue that had lost prominence on the bloc’s political agenda following the defeat of Islamic State of Iraq and the Levant (ISIL) forces in 2017.

Both Merkel and Macron agreed on the importance of tighter control of the Schengen Area’s external borders. Merkel was emphatic that authorities must know who is entering and leaving the area.

Some border control has returned to the Schengen Area in the wake of chaotic immigration from the Middle East and Africa over the last years and, more recently, the coronavirus pandemic.

Austria’s Chancellor Kurz pushed for coordination in dealing with foreign militants awhile Dutch PM Rutte pointed out that a crackdown on undesirable foreign financing could help in the fight against religious extremism.

Other proposed moves include online platform censorship, setting up an EU body for training imams and allowing EU member states the right to deport people with no claim to asylum as well as suspected extremists and criminals.

EU ministers of justice and interior meet on Friday, the fifth anniversary of jihadist attacks in Paris that claimed more than 130 lives. They will discuss proposals for a joint security response to the overall threat. However, there is little agreement among EU member states on many of the proposals, which could make deciding on specific moves in December difficult.