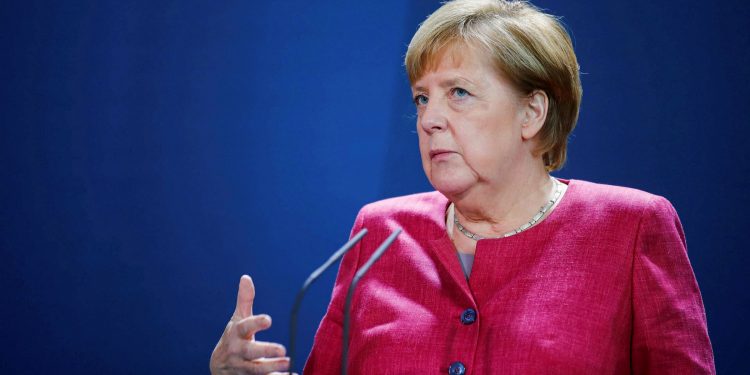 Brussels (Brussels Morning) German Chancellor Angela Merkel’s growing concern over the country’s epidemiological situation has led her to consider the need to impose tighter restrictions, Reuters reported today, Tuesday. Germany’s federal and state leaders have decided to hold off on a decision about further restrictions until 25 November.

When she met with the leaders on Monday, Merkel cited coronavirus infection rates that have spiralled out of control in some parts of the country, Berlin in particular. The number of new confirmed infections is no longer growing exponentially, she observed, but nonetheless infection rates are still too high.

Merkel stressed that between 30% and 40% of the German population fall into the vulnerable group category, which includes the elderly and those with relevant health conditions. In her view, tightening restrictions would be the best solution for the economy, she added.

Germany had imposed new restrictions on 2 November, which are to remain in force for one month, in efforts to contain the second wave of infections now sweeping across Europe. Merkel had suggested making face masks mandatory in schools and cutting class sizes as well as limiting social interactions to one household or friend.

While the seven-day incidence rates stands at 141 per 100,000 citizens, Merkel pointed out the figure has to drop below 50 before authorities can think seriously about reopening the economy.

Commenting on the decision to postpone consideration of imposing tighter restrictions, Merkel indicated that a majority of state leaders did not want to think about the possibility before next week. She had been in favour of further restrictions, she said, but there was no majority to support the move.