by Tom Canetti
in World 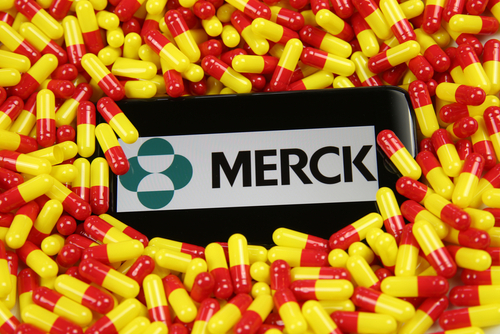 Brussels (Brussels Morning) US pharmaceutical giant Merck has announced it has applied for emergency use authorization for Molnupiravir, its tablet treatment for COVID-19.  If approved by the Food and Drug Administration (FDA), it will be the first oral antiviral medication for treating the virus.

A clinical trial for mild-to-moderately ill patients with coronavirus showed Molnupiravir cut hospitalisations and death rates by 50%. Merck says the treatment is effective against all strains of the virus, including the Delta variant. The pill could also drastically ease pressure on hospitals and temporary vaccination stations since it can be administered at home.

“Today we took the next step in helping in the fight against COVID-19 by applying for Emergency Use Authorization in the US for our investigational antiviral treatment”, the company announced on Monday.

“We look forward to working with the FDA on its review of our application.”

Merck has agreed to licence the treatment to sub-contractors based in India who will supply Molnupiravir to more than 100 less developed countries. However, the pharmaceutical giant is already facing criticism for hefty profit margins.

Former US Secretary of Labour Robert Reich said: “The drug costs them less than 18 dollars to produce. They’re [Merck] charging the U.S. government 712 dollars— 40 times the price to produce it.

“Their sales could reach 7 billion dollars by the end of the year.

“An outrage”, he concluded.

A Harvard study by drug costing experts estimates “the cost of production for Molnupiravir capsules is US$1.74 per unit, or US$17.74 per 5-day regimen.”

“Adding an allowance for 10% profit margin and taxes in India, we arrive at an estimated sustainable generic price of US$1.96 per capsule or US$19.99 per 5-day regimen”, the study states.

The analysis concludes that the price which Merck will sell Molnupiravir for is roughly 35 times the sustainable cost price, which already allows for profit margins and taxes in India.

Nurses, doctors and medical infrastructure have been overwhelmed by evolving mutations of the virus, such as the Delta variant. Molnupiravir could be a key tool in reducing the climbing death toll from COVID. Yet many are questioning so-called pandemic price gouging from pharmaceutical giants profiting off the pandemic.