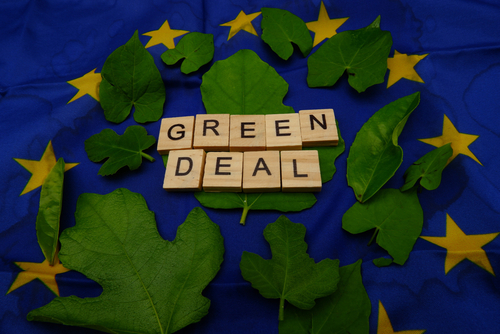 Brussels (Brussels Morning) After four years of sensitive negotiations, MEPs have given the green light to the new Common Agriculture Policy (CAP), the EU farm policy that will expend 387 million euro over the next seven years. Hope for policy reform did not match expectations, with parliamentarians calling the CAP “flawed” and “inadequate”.

The CAP, a huge subsidy programme for farmers across the EU, accounts for nearly a third of the EU’s agreed budget for the period 2021-2027.

The biggest issue of contention in arriving at a common agreement on the new EU farm policy had to do with the need to align it with the European Green Deal, which was proposed by the European Commission in 2020, two years after the CAP was initiated.

“We have ensured that this CAP is more sustainable, transparent and predictable. Our vote today has shown that we want to protect and promote family farms, the people who maintain and preserve our cultural landscape”, MEP Peter Jahr (EPP) asserted.

A very different view was expressed by MEP Luke Flanagan (The Left), who maintained that “we have let everyone down”, claiming the new CAP could have been “much, much better”. In confirming that he had voted in favour, Flanagan explained that “reversing to the status quo would be even worse”.

Under the new CAP policy, farmers receiving EU financing need to dedicate at least 3% of their arable land to protect biodiversity. They can also apply to voluntary “eco-schemes” that reward climate- and environmentally-friendly practices such as organic farming and agroecology.

“Farmers have always worked to incorporate new technology and practices to increase the sustainability of their farming operation. We believe that eco-schemes such as carbon and digital farming can enable farmers to be at the forefront of sustainable agriculture”, Alexander Henning, Bayer’s Crop Science Division told Brussels Morning.

Additionally, EU countries must allocate at least 25% of their income support budget to these schemes. They have to redistribute at least 10% of the support to smaller farms and at least 3% to young farmers.

Member states have until the end of this year to submit their national strategic plans to the Commission for approval. However, environmental NGOs have expressed concerns that the new generation of CAP National Strategic Plans will mostly be business as usual rather than driving the transition the planet desperately needs.

“There is nothing to stop EU countries from continuing to fund the destruction of nature”, Marilda Dhaskali, EU Agriculture Policy Officer at BirdLife Europe, complained.

At odds with Green Deal

Despite the vast majority of votes in favour in the Parliament, MEP Tilly Metz (Greens) claimed the ballot was “not a reform, not even a stepping stone”. She maintained that the CAP as formulated cannot be aligned with the EU’s Farm to Fork strategy, which promotes healthier food systems, or even with the Biodiversity strategy, which aims to protect Europe’s soils and ecosystems.

Greenpeace also voiced its concerns: “This farming plan serves only the largest and most polluting businesses, leaving small farmers out in the cold – and does nothing to address the terrible impact that industrial farming has on nature, the climate and people’s health”, the environmental NGO’s policy director Marco Contiero said.

BirdLife Europe, which is part of a global partnership of NGOs that strive to conserve birds and their habitats, dubbed the Parliament’s vote as a “betrayal of European citizens”, adding that the taxpayer’s money would be used to “flood their homes, poison their air and water, and make their planet uninhabitable”.

The new CAP is expected to be more transparent, the Parliament said, providing cross-checked information about final beneficiaries of EU support thanks to an EU data mining tool. Member states will get access to this platform, which is designed to identify the risk of possible fraud, by cross-checking information in public databases.

“For the first time in more than 30 years, thanks to the common market organisation part of the CAP reform, the reforms approved today will mean more market regulation than deregulation”, MEP Eric Andrieu (S&D) stated.

Yet, for MEP Mikulas Peksa (Greens), the new EU farm policy does not offer sufficient budgetary control provisions to prevent subsidies from ending up in the pockets of oligarchs and fraudsters.

“The very weak monitoring and sanctioning system leaves too much space for conflict of interests and corruption”, Peksa, who voted against the new reform, declared.

Last June, the European Court of Auditors revealed that the 100 billion euro of CAP funds designated for climate action had little impact on GHG emissions, a situation that hasn’t changed significantly since 2010.

Once approved by the European Council, the new rules will come into force from 1 January 2023.