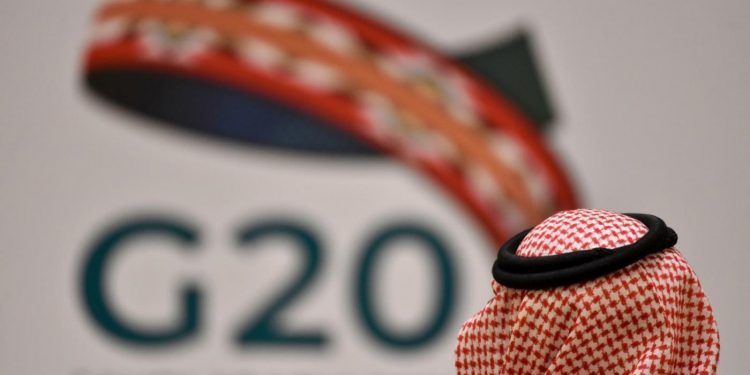 Paris (Brussels Morning) Members of the EU Parliament Subcommittee on Human Rights have called on the heads of the EU Commission and the European Council to consider not attending this year’s G20 Summit, to be held in Riyadh, Saudi Arabia, on 21-22 November, and otherwise to downgrade the EU level of representation.

In a letter addressed to Ursula von der Leyen and Charles Michel respectively, 65 MEPs cite the continuous human rights abuses and detentions in the country adding that cooperation with Saudi Arabia contradicts the very core values on which the EU is built.

The letter was published on 19 October, the second anniversary of journalist Jamal Khashoggi’s murder, a crime for which the kingdom has yet to provide a full account. The letter follows earlier EU Parliament resolutions on migrants’ and women activists’ rights.

The letter in part states: “Given the fate of Mr. Khashoggi, and the death of pioneering human rights defender Abdullah al-Hamid due to medical neglect and of Major General Ali al-Qahtani in custody, we are understandably worried about the treatment of all those still in detention, underscored by the fact we are still waiting for justice for Jamal Khashoggi’s murder”.

Further to the participation issue, the MEPs also urged the Commission to make ascertainable progress on the country’s human rights situation a condition for any formalization of trade and investment relations. “Our strong view is that unless Saudi Arabia makes progress on (human rights), the EU should not consider formalising deeper relations on trade, investment or foreign affairs with the kingdom,” the letter said.

The MEPs’ move is seen as another aspersion on the kingdom’s international image, which in recent years has suffered greatly under the leadership of Crown Prince Mohammad Bin Salman. Last week, Saudi Arabia failed to get a seat on the United Nations Human Rights Council in a secret ballot at the UN General Assembly, an outcome that was hailed by human rights organisations and leading opposition figures.

The MEPs’ letter also directly raises the issue of the crown prince’s role and leadership: “The elevation of Mohamed bin Salman to the position of Crown Prince started with the promise of reform and indications that the Kingdom would align itself with internationally accepted human rights standards and practices. Many of us hoped that his appointment would start a new chapter for Saudi Arabia. However, numerous events have undermined this initial hope.”

Defending the values of the Union

Finally, the parliamentarians warned that any cooperation with the kingdom under the current circumstances would undermine the values of the European Union and its given role amidst a global context of uncertainty and collective challenges.

Citing the Saudi government’s “long record of silencing the very voices that are necessary for a meaningful global conversation”, the MEPs challenge the appropriateness of the kingdom hosting the 2020 G20 summit, and remind the EU leadership of the “core values [that] should guide your policies within the Union and beyond its borders…in our dealings with third states.”

The letter concludes with a strict reminder that to participate in the upcoming G20 at the highest level would bring into question the credibility of the EU itself. “Above all, we should not legitimise a government committing egregious human rights violations as host of one of the most important summit meetings in the world.

We firmly believe that without a resolution to ongoing illegal detentions, a clear commitment to end human rights abuses from Saudi Arabia and demonstrated steps towards accountability for those who commit those abuses, our participation in the upcoming G20 in Saudi Arabia would not only compromise our values, but also contradict the very resolutions passed in our parliament.” According to France24 reporting, there has been no reaction from the Saudi authorities in Riyad.