by BrusselsMorning
in EU Institutions, Features 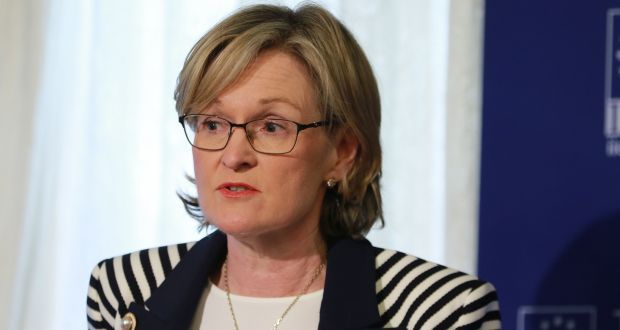 Maireed McGuiness has been announced as Ireland’s new European Commissioner after she was interviewed with Andrew McDowell for the post.

If approved by the European Parliament, she will oversee a portfolio covering Financial Services, Financial Stability and Capital Markets Union.

On making the announcement European Commission President Ursula von der Leyen said that both she and McDowell were excellent candidates while McGuiness had “significant political experience,” citing her positions as an MEP since 2004 and first vice president of the European Parliament.

“This experience is crucial in carrying forward the EU’s financial sector policy agenda and ensuring it supports and strengthens the Commission’s key priority, notably the twin Green and Digital transitions,” she said.

McGuiness’s appointment follows the resignation of former Irish MEP Phil Hogan after pressure from Dublin admonishing his breach of coronavirus restrictions. Hogan’s trade portfolio has since been taken over by Latvia’s Valdis Dombrovskis.

While Ireland loses the significant trade purview, it has gained a crucial role that will be instrumental in overseeing what access the City of London gets to the single market in Brexit negotiations, and leading financial and banking industry reforms to help buffer economic crises.

The appointment also coincides with a billion Euro borrowing plan to finance economic recovery in the midst of pandemic.

Von der Leyen asked for two nominations to replace Hogan – “a woman and a man” – with the government putting forward the two mentioned candidates.

“Congratulations to @MaireadMcGMEP on her appointment as European Commissioner in an important financial portfolio. It’s a great day for her and her family,” said Taoiseach Micheál Martin on Twitter, “I’ve no doubt whatsoever that she will serve with distinction and will play a key role in the work of the Commission.”

As an MEP McGuiness represented the North West Constituency of Ireland, before which she was a journalist with Irish broadcaster RTÉ.

McDowell, a former chief economic advisor to the Republic of Ireland and vice president of the European Investment Bank, congratulated McGuiness on her appointment in a Tweet Tuesday.

“I have known Mairead for many years and am sure she’ll do a fantastic job. I wish her every success.”