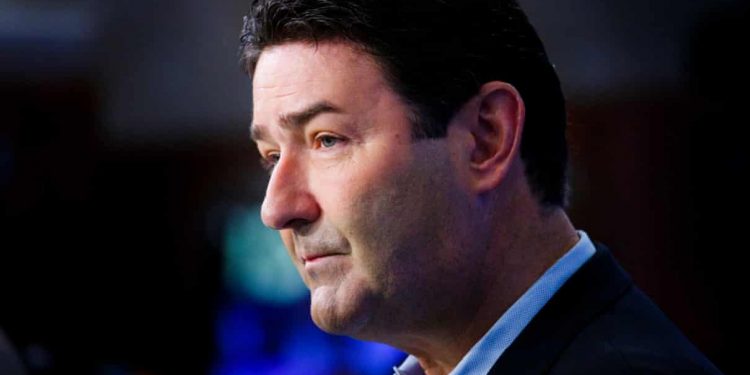 Steve Easterbrook, the British former chief executive of McDonald’s, is being sued by the company in an attempt to recover tens of millions in compensation and severance payments after new allegations of sexual misconduct emerged against him.

Easterbrook, who was fired from the company last November over a relationship with an employee, allegedly hid details of three other “physical sexual relationships” with employees in the year before he left the company, according to a lawsuit filed in Delaware.

At that time, McDonald’s listed his termination as “without cause”, signalling that the Chicago-based company considered Easterbrook’s transgressions insufficient to prevent him from receiving exit payments. Easterbrook apologized and stepped away with stock awards worth more than $37m, as well as about $675,000 in severance pay.

The McDonald’s lawsuit, filed against Easterbrook on Monday accuses him of lying, concealing evidence and fraud. The fresh allegations against him, the company said in a securities filing and a document lodged with the Delaware court of chancery, came to light via an anonymous tipster last month.

The company – which, in the complaint, invoked founder Ray Kroc’s philosophy that employees should be “ethical, truthful and dependable” – said it would have terminated Easterbrook “for cause” if it had known the extent of his “inappropriate personal behaviour”.

According to the lawsuit, new evidence shows that in addition to “physical sexual relationships” with three employees in the year before his termination, he was “in the midst” of one when he was fired and he was “knowingly untruthful” with investigators.

Evidence against Easterbrook, McDonald’s said, “consisted of dozens of nude, partially nude, or sexually explicit photographs and videos of various women, including photographs of these company employees, that Easterbrook had sent as attachments to messages from his company email account to his personal email account”.

During the investigation, the company alleges, Easterbrook claimed that the relationship over which he was dismissed consisted only of texting and video calls and he assured the company that he had no other intimate relationships with employees.

“Had Easterbrook been candid with McDonald’s investigators and not concealed evidence, McDonald’s would have known that it had legal cause to terminate him in 2019,” the company said in its lawsuit.

“Based on the results of the investigation, the board concluded that Mr Easterbrook lied to the company and the board and destroyed information regarding inappropriate personal behaviour and in fact had been involved in sexual relationships with three additional company employees prior to his termination, all in violation of company policy,” McDonald’s said.

Chris Kempczinski, who replaced Easterbrook as chief executive, told franchisees and employees in a separate message that “McDonald’s does not tolerate behavior from any employee that does not reflect our values.”

“We now know that his conduct deviated from our values in different and far more extensive ways than we were aware when he left the company last year,” Kempczinski added.

In an email sent to McDonald’s employees at the time of his exit, he expressed regret over the relationship that had come to light at the time.

“As for my departure, I engaged in a recent consensual relationship with an employee, which violated McDonald’s policy,” Easterbrook wrote. “This was a mistake. Given the values of the company, I agree with the board that it is time for me to move on. Beyond this, I hope you can respect my desire to maintain my privacy.”

MacDonald’s also said it had also taken steps to prevent Easterbrook from selling stock it had granted to him or exercising his remaining share options.

“The company’s complaint alleges that Mr Easterbrook breached his fiduciary duties as an officer and director of the company and committed fraud in the inducement,” the company told investors in its filing. It is seeking compensatory damages “for all the amounts paid to Mr Easterbrook under the separation agreement and other costs and expenses incurred by the company by virtue of his misconduct”, it added.

The lawsuit marks a dramatic departure from unspoken US corporate policy around allegations of wrongdoing and termination of senior executives as they seek to align with the #MeToo and Black Lives Matter movements.

“As we recommit to our values, now, more than ever, is the time to lean in to what we stand for and act as a positive force for change,” Kempczinski noted in his memo.