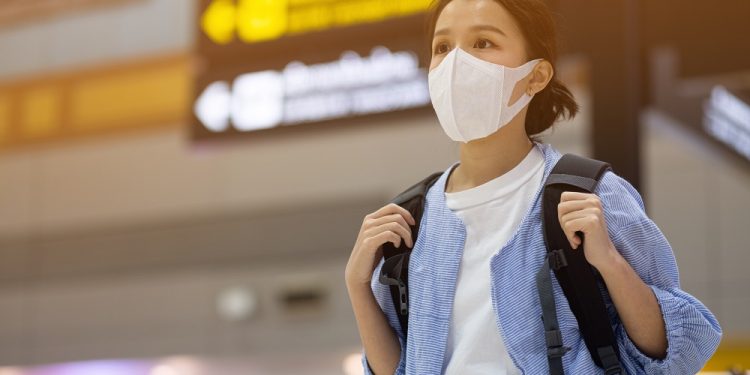 Brussels (Brussels Morning) The murder of a young petrol station employee over his insistence on mask rules has sparked fears in Germany that the movement opposing coronavirus measures in the country could be getting radicalised.

A 20-year old clerk was killed in the town of Idar-Oberstein this weekend after asking a customer to comply with coronavirus measures and to put on a face mask in order to be served.

The 49-year-old customer left the petrol station, but returned some 30 minutes later wearing a mask and proceeded to shoot the young clerk with an unlicensed firearm. After fleeing the scene, the perpetrator surrendered to the police on Sunday, saying he had acted “out of anger” and that he “rejects the measures against the coronavirus”.

The incident has become a talking point among German politicians ahead of Sunday’s federal elections. Greens’ chancellor-candidate Annalena Baerbock expressed concern that the country’s “Querdenken” movement, opposing masks and vaccines, is becoming radicalised.

The movement, whose German name loosely translates as “lateral thinking”, numbers many far-right extremists and conspiracy theorists, and has recently drawn scrutiny from the country’s security agencies.

Social Democrats’ (SPD) candidate Olaf Scholz, currently the frontrunner to replace the retiring Chancellor Angela Merkel, also tweeted his shock at the fact that someone was killed “because they wanted to protect themselves and others”. He called on society to oppose hatred.

Christian Democrats (CDU) candidate Armin Laschet also spoke out, calling for an end to such hatred and urging those who believe there is no coronavirus to go to intensive care units.

The German police union issued an urgent warning on Tuesday about the dangers of coronavirus denial while citing the increased radicalisation of the Querdenken movement.