Marks & Spencer to cut 7,000 jobs over the next three months in shops and management 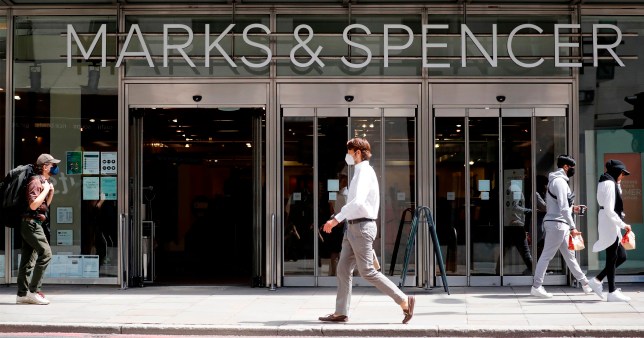 Marks & Spencer has said it plans to cut around 7,000 jobs over the next three months across stores, management and its support centre.

The retail giant, which has a workforce of more than 80,000 employees, is expected to start consulting with staff on cuts on Tuesday.

It plans to reduce the number of roles at the retail chain’s central support centre, in its regional management and UK stores between now and November.

The shift is also partly down to an uptake in digital shopping during the coronavirus lockdown.

The announcement was made in July as it warned it was preparing for the “aftershock” of coronavirus, which has “changed shopping habits forever”.

The transformation plan, called Never the Same Again, is being stepped up after the disruption of lockdown when the M&S food arm stayed open but its clothing arm was hit hard.

During lockdown, the company said it has learnt to work more flexibly, using the same staff to man both the food aisles and the clothing section of the stores.

“We expect a significant proportion will be through voluntary departures and early retirement. In line with our longstanding value of treating our people well, we will now begin an extensive programme of communication with colleagues,” M&S said.

It also expects to create “a number” of new jobs as M&S invests in its online capacity.

Bosses previously said the transformation will help move the company to “a leaner, faster retail management structure” as it accelerates its online presence.

The iconic retailer is the latest high street name to restructure its workforce in the wake of the coronavirus pandemic.

Companies such as Boots and Debenhams have already announced thousands of job cuts as the UK economy continues to reel from the devastating effect of the crisis.

Last week, John Lewis confirmed plans to axe eight stores, including its flagship Birmingham and Watford branches, a month after announcing they were ‘at risk’.

Debenhams, meanwhile, has appointed a firm to draw up contingency plans for possible liquidation as the business remains up for sale.

According to the data collected by the Centre for Retail Research, 2,123 stores operated by 38 large- and medium-sized retailers fell into administration in the first six months of this year.

In total, more than a million jobs have been cut on the back of the crisis, sparking what’s forecast to be the worst recession on record.

Last week, Chancellor Rishi Sunak warned of “hard times ahead” as he confirmed that the economy is facing a crisis that could take years to recover from.

Government figures show the economy shrank 20.4% between April and June, after thousands of retailers were forced to close following the emergency lockdown.

It sparked a collapse in household spending, more than a million job cuts and a 3million jump in families claiming universal credit.