Marchant bridge over canal can still be car-free 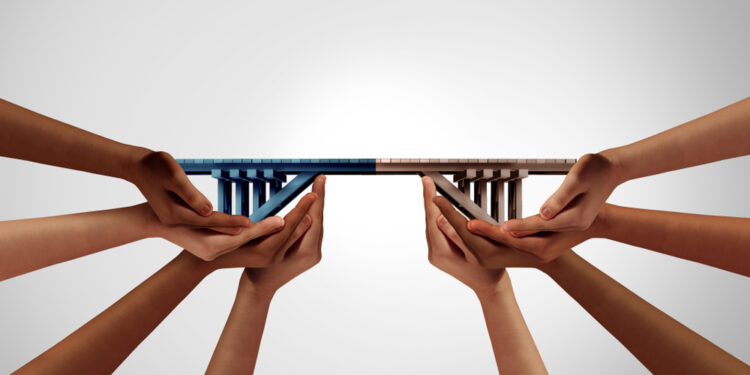 Brussels, (Brussels Morning) –  The current plans for the Pierre Marchant Bridge may provide for car traffic, but the car-free track is gaining support. After the debate between BRUZZ and BX1, Minister of Mobility, Elke Van den Brandt, has a scenario with a pedestrian and cyclist bridge added to the impact study. In Anderlecht, the noses are not quite in the same direction yet.

What do you do with a bridge that has been broken for seven years and that has since been adopted by the neighborhood as a picnic, place to stay and play area? A bridge that should also form the link between the place where Brussels is growing fastest today – the Biestebroek district – and the old center of Anderlecht? It was the topic of a debate between BX1 and BRUZZ last week.

During that debate, voices were heard mainly for a new car-free bridge, while the current regional plans do propose a scenario with car traffic, albeit with more space for cyclists and pedestrians.

Still, things are moving. “We thought it was a very fascinating debate with interesting options and we have therefore asked the Brussels Mobility regional administration to include a scenario for a bicycle and pedestrian bridge in the impact study,” said the cabinet of the Minister of Mobility and Public Works. Van den Brandt (Green). “The government can then make a decision based on that study.”

State Secretary for Urban Planning Pascal Smet (One.brussels-Vooruit) says that he is looking forward to the results of the impact study and the positions of the various parties involved, including the residents. “Everything is still possible, but the state secretary is not married to the track of a bridge with car traffic,” his spokesperson said.

The bridge is a matter for the Region, but since it is located on the territory of Anderlecht, the municipality also has weight in the file. Mayor Fabrice Cumps (PS) has already informed colleagues from BX1 that he is rather thinking of a bridge that allows both local and less car traffic, but that at the same time offers a safe space for cyclists and pedestrians. His predecessor, current opposition leader Gaëtan Van Goidsenhoven (MR), is a staunch supporter of a link for cars. According to him, this is also necessary for economic life in the new Biestebroek district.

Alderman for Mobility Susanne Müller-Hübsch (Green) is in favour of a car-free bridge. “We are still discussing the concrete interpretation within the majority and I am optimistic about those discussions. After that, we also want to enter into a dialogue with the Region. In any case, the bridge will no longer be allowed to accommodate car traffic from surrounding neighbourhoods as was the case in the past. This is stated in the regional mobility plan Good Move.”

According to Müller-Hübsch, Van Goidsenhoven’s argument about the economy makes no sense. “The economy along the canal is not focused on the old centre of Anderlecht, the companies tell us that themselves.”