Manifesto should put queer seniors in the spotlight 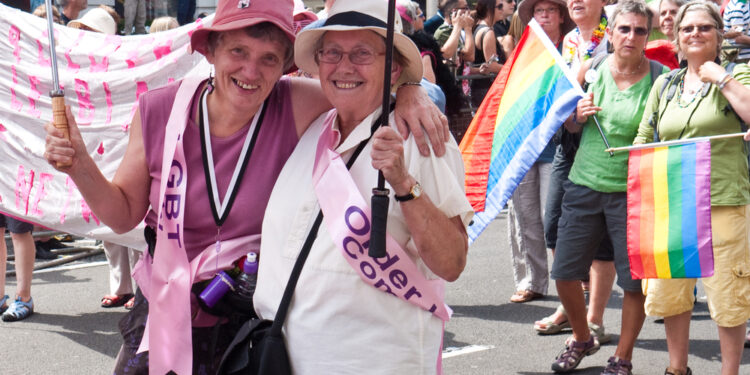 Brussels, (Brussels Morning)- The non-profit organisation Rainbow ambassadors has today presented a manifesto in which the organisation draws attention to lgtbqi+ rights for seniors. The non-profit association requires special attention for them, especially in the residential care centres. “Lgtbqi+ seniors are at greater risk of loneliness” said BRUZZ.

In the month of Belgian Pride and a few days of IDAHOT, the international day against Homophobia, Biphobia, Transphobia and Intersex phobia, Rainbowambassadors presented its manifesto ‘Give Lgtbqi+ seniors a voice’ in residential care center Huize St. Monika, not an accidental location. The non-profit organisation is committed to lgtbqi seniors throughout the country. “They don’t always dare to be themselves and often crawl back into the closet,” says the organisation.

With the manifesto, which consists of five requirements, Rainbowambassadors calls on governments and healthcare providers to pay extra attention to lgtbqi+ seniors. For example, the non-profit association asks that “a non-discrimination clause with a specific mention of this target group is stated in all institutions of care for the elderly.”

In addition, Rainbowambassadors wants everyone involved in the care of the elderly to be trained “to understand the specific issues surrounding lgtbqi+ seniors.” Each healthcare institution should also designate a reference person to support and guide lgtbqi+ seniors, family and employees.

“Lgtbqi+seniors run a greater risk of loneliness, because they often have only a small social circle to fall back on,” say co-chairs Hilde De Greef and Maggy Doumen. “They often experienced problems with their sexual orientation in their youth. But also seniors who revealed their sexual orientation at a later age sometimes lose contact with their family or acquaintances.”

“In addition, LGTBQI+ seniors may also be confronted with specific medical or social needs, such as LGBTQI+ seniors who find it difficult to be open to healthcare staff about their HIV status, for example, or transgender seniors who need specific care.”

Many retirement homes are on the right track, say the co-chairs of the non-profit association, but there is still work to be done. In general, more attention should be paid to lgtbqi+ seniors. “Invisibility is detrimental to the well-being of LGBTQI+ seniors. Well-functioning health care with attention to mental wellbeing is a fundamental human right. LGBTQI+ themes are also rarely discussed in the image of the elderly. For LGBTQI+ seniors it is also no evidence to state their sexual orientation or gender identity.”