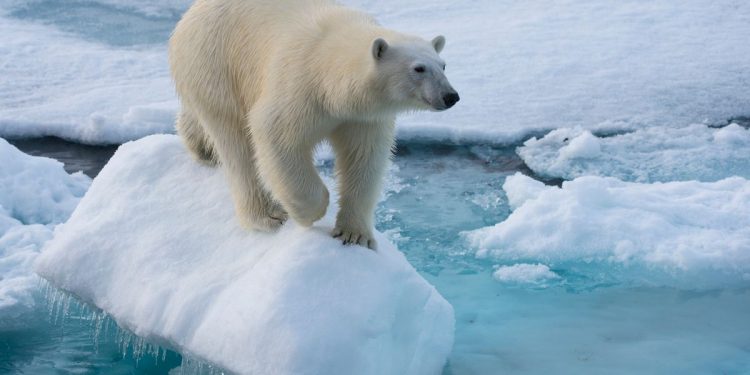 A polar bear has mauled a camper who was inside his tent to death at a Svalbard campsite, in the early hours of the morning.

The man, who is yet to be named, was killed in a camping area near the town of Longyearbyen, officials have said.

The man was badly injured in the attack just before 4am and died later in hospital and the animal was found dead in a car park.

People nearby shot at the bear who was later found in a car park near the airport, located in Svalbard, a Norwegian territory archipelago in the High Arctic, about 800 miles from the North Pole.

No others were injured, but the governor’s office confirmed six people who were on the site have been taken to the hospital.

Assistant governor Sølvi Elvedahl said: “A person at the campsite was injured after being attacked by a polar bear.

“We were also told that shots had been fired at the polar bear, but the location of the bear was unknown.”

Terje Carlsen, communications manager for the Governor, told the Svalbardposten in Norway: “We are working to identify the person.

“Six people were there. The whole incident is now being investigated.

“We do not know which bear it was nor the nationality of the person who died. We have no information about the others.

“This is sad and tragic in every way.”

“We now work first and foremost to take care of those who were closest to the incident and assist as best we can,” he said.

It is mandatory to carry a gun outside the residential areas in Svalbard, but people are not permitted to shoot a polar bear except as an absolute last resort.

In recent months, polar bear sightings have increased at many Arctic towns, with experts predicting the animals getting nearer to people as they scavenge for food as a result of climate change.

On January 1 this year, a polar bear was shot dead in Longyearbyen by police officers after several failed attempts to scare the bear out of the populated area.

And earlier this week, the governor’s office used a helicopter when trying to chase away a bear with a cub from Hjorthamn, a cabin area across the fjord from Longyearbyen.

“It has been a long time since there has been ice in the main hunting area, so there is less access to seals.

“So, the polar bear spends more time on land to find alternative food.”

He adds that although humans can be prey for polar bears, we are far from “top of the wish list.”