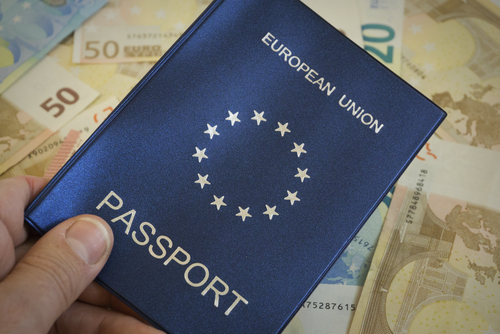 The EC pointed out on Wednesday that it warned Malta in an official note to stop selling passports or face legal action, according to Reuters reporting.

Maltese authorities stressed that granting citizenship falls within national competence, pointing out that the Commission does not have the authority to make the demand.

“The Commission considers that the granting of EU citizenship in return for pre-determined payments or investments, without any genuine link to the member state concerned, is in breach of EU law,” the EC noted in a statement.

The body added that schemes for providing citizenship in exchange for investments “undermine the essence of EU citizenship and have implications for the union as a whole.”

EU passports allow their holders to move freely in the bloc, vote and be elected, the Commission observed and warned that “inherent risks of such schemes have once again been highlighted in the context of the Russian aggression against Ukraine.”

Last year, the EC made similar demands from Bulgaria and Cyprus, with both member states stopping the processing of new applications since then.

At the star of March, Malta stopped processing applications from Belarus and Russia, but not from other countries.

Prime Minister of Malta Robert Abela has been defending the golden passport scheme, stressing that it presents an important source of income.

“It was partly thanks to those funds that we could help our businesses and families during the pandemic,” he pointed out last month.

The EC noted that Malta has two months to reply to its notice and warned “if the reply is not satisfactory, the Commission may bring this matter before the Court of Justice of the European Union.”

It reminded that Malta stopped the scheme for Russians and Belarusians, but pointed out that the country “continues to operate the scheme for all other nationals and did not express any intention to stop it.”

According to some estimates, Malta has raised roughly 1.1 billion euro through the golden passport scheme since 2013, DW reports on Wednesday.