Malta about to legalise recreational use of cannabis 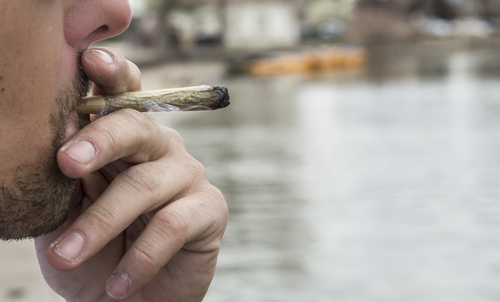 Recreational use of cannabis

Brussels (Brussels Morning) Malta is set to become the first EU member state to legalise the recreational use of cannabis, with Germany and Luxembourg scheduled to do likewise next year.

Malta’s parliament passed a new bill on Tuesday that will allow adults to cultivate four plants at home and possess up to seven grams of marijuana, DW reported.

In addition, new rules will allow non-profit organisations of up to 500 membership to cultivate cannabis for their members as well as introduce more lenient treatment for people charged with possession of larger amounts.

Adults found carrying up to 28 grams for personal consumption will face maximum fines of 100 euro and be brought before a tribunal, rather than a court.

Consumption of the drug in public will remain illegal, with offenders liable for fines of 235 euro, while fines for consumption in front of a child in any setting range from 300 to 500 euro.

The bill was supported by Prime Minister Robert Abela and his Labour Party, and was passed on Tuesday with 36 votes in favour and 27 against. It still needs to be signed by President George Vella before coming into effect.

Owen Bonnici, Minister for Research, Innovation and the Coordination of the Post-COVID-19 Strategy, noted that “once that assent is received, the government intends to enter the law into effect immediately.”

He stressed the need to change the regulatory system in order to “stop treating people who are not criminals like criminals” as well as to “protect minors and society at large.”

PM Abela announced last month that the country is preparing new rules to regulate the sector “so that people do not have to resort to the black market to purchase cannabis.”

Critics of the move say that it will increase and normalise abuse of drugs.

Germany and Luxembourg, meanwhile, are planning to follow in Malta’s footsteps and several other EU member states have decriminalised cannabis consumption to varying degrees.

Some US states, Canada, Georgia, Mexico, South Africa and Uruguay have also legalised recreational use of cannabis.

Tags: Main-Sliderrecreational use of cannabis