by Martin Banks
in Europe 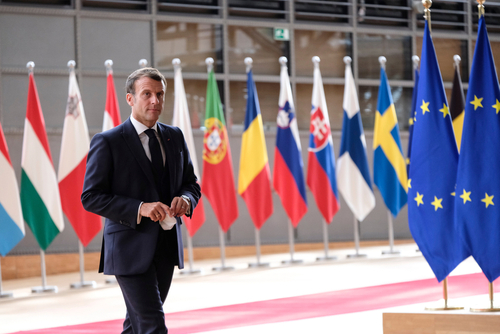 Belgium, (Brussels Morning Newspaper) Some say it’s a potential rival to the EU while others see it is merely a platform for political coordination. But, whatever the eventual outcome, the mooted “European Political Community” is, without doubt, a serious attempt at what most would agree is much-needed reform of the EU.

Those, so far, unfamiliar with the initiative can be excused their relative ignorance. With a still-unfolding war in Ukraine, political crises in any number of countries and even the death of the UK’s longest serving monarch have all dominated recent news.

That may have frustrated the French president Emmanuel Macron who, essentially, first mooted the idea of a European Political Community (EPC) although François Mitterrand did propose something similar, a ‘European confederation’, as far back as 1989).

President Macron recently outlined his “vision” in a speech to MEPs in Strasbourg and the move has now started to get the all-important momentum.

The idea has since been endorsed by European Commission chief Ursula von der Leyen in her ‘State of the Union’ speech in September. Even the UK has, after initially turning its nose up at the proposal, now done an about turn and expressed some interest.

As foreign minister at the time,Liz Truss – now UK PM – told the House of Commons that the UK was not interested in being part of the project and that Britain, post Brexit, would instead prioritise its membership in NATO and the G7.

In Strasbourg, President Macron said that the EPC “would not be closed to those that have left the EU”. The UK policy on the matter now appears to have changed.

The official “launch” of President Macron’s “pet project” – expected to also be open to non-EU members as well as member states  – came at a high-level meeting of EU leaders in Prague on 6 October.

EU council president Charles Michel has already given his blessing, saying “With the dramatic consequences of Russia’s war affecting European countries on many fronts, we have agreed to launch a European Political Community with the aim of bringing together countries on the European continent and providing a platform for political coordination.”

The former Belgian PM went on, “The ambition is to bring leaders together on an equal footing and to foster political dialogue and cooperation on issues of common interest.”

So, what’s it all about? What is the potential shape of this new European organisation? Is such a “club” merely an alternative to enlargement? What purpose will it serve and which countries might be involved?

What can be done to win over Germany, said to be lukewarm at best about the idea?

Perhaps crucially, what can be done to ensure such a “forum” is not dismissed as “just another talking shop”?

Marta Mucznik, a policy analyst in the European Politics and Institutions programme at the Brussels-based European Policy Centre, says those behind the idea now need to “clarify the nature and purpose of this proposal.”

“Creating a European political community and breaking the deadlock in the enlargement process are not mutually exclusive exercises.”

“Proposals to create a European political community are about reframing the EU’s relationship with the wider European continent in the context of war. At this critical juncture, it would be a shame to reduce this vital discussion to a simplistic for-or-against enlargement dichotomy, instead of focusing on the geopolitical merits of the proposals at hand.”

Charles Grant, of the Centre For European Reform, has a specific message for the Brits, saying, “Macron is Europe’s pre-eminent leader and he wants the EPC to become a significant organisation. The British should express an interest in what may turn out to be a useful strategic forum.And they should do so quickly.”

It’s been argued by some that one weakness of the scheme is that it wants to address just too many diverse “problems”: solving the Western Balkans problem, the Ukraine-Moldova-Georgia problem, the UK problem and the Turkey problem.

But if recent events, such as Brexit and the EU-wide rise in populism, have taught Brussels one thing it’s the need for urgent reform of the EU. So, whatever form the European Political Community takes, if it does pave the way for real change then most would agree that’s no bad thing.