Macron will not apologise for France’s colonial abuses in Algeria 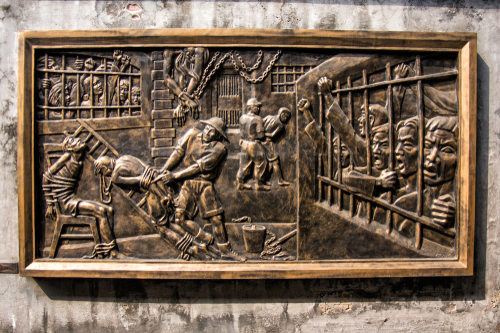 A statement from the presidential office emphasised that there will be “no repentance nor apologies” for the occupation of Algeria or the bloody eight-year war that ousted French rule from the country.

Macron’s decision came shortly before a report compiled by historian Benjamin Stora was released on Wednesday. The report was commissioned by Macron in order to bring about a “reconciliation of memories between France and Algeria”.

Following publication of the report, Macron’s office announced that the President will follow its recommendations, and establish a “Memories and Truth Commission”, with the goal of reviewing France’s colonial history in Algeria.

The French President also announced three ceremonies would be organised in 2021 and 2022 to pay tribute to Algerians who fought on the opposite sides of the war, and to the agreement that led to Algeria’s independence in 1962.

Macron is the first French president since the war to re-examine his country’s role in the conflict. In 2017, he called France’s colonial past “a crime against humanity”. In 2018, he officially acknowledged that the French forces engaged in torture, which was a widespread practice.

French citizens are largely divided over the issue, with the right taking a nostalgic view of France as a colonial empire, while millions of citizens of Algerian descent along with the country’s large Muslim population see the country’s colonial history in a distinctly different light.