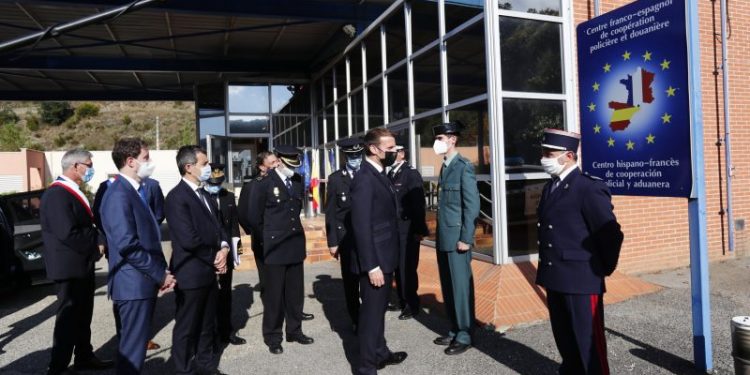 Brussels (Brussels Morning) France’s President Emmanuel Macron has called on the EU to rethink the Schengen Area and consider closer checks on external borders, Reuters reported yesterday, Thursday. His call comes in the wake of Islamist attacks in France and Austria, with Macron stressing the importance of curbing illegal immigration.

Macron pointed out that the criminal organisations which traffic migrants into the EU were often connected with terrorist networks. He said he favours a deep overhaul of Schengen, rethinking its organisation and strengthening common border security. He intends to present the proposal to other EU member states at their December summit.

Perpetrators of recent terrorist attacks in Vienna and Nice moved freely between Schengen Area member countries. The Nice jihadist arrived in Italy five weeks before the attack, coming to France by train just hours before launching their attack. The Vienna jihadist had travelled to Slovakia in July where they attempted to buy ammunition.

According to an unnamed junior minister, Macron’s proposal to the EU will be based on principles in his letter to citizens last year, where he called for a common border force in the EU as well as a single asylum office. In the letter, Macron stressed the importance of strict border control obligations and intelligence sharing between EU member states.

Central Directorate of the Border Police (DCPAF) head Lamine Keita informed Macron of a surge in attempted Franco-Spanish border crossings since June, when the border was reopened after epidemiological restrictions were lifted. According to agents, many migrants came from Algeria and Morocco. Macron reiterated the importance of curbing illegal immigration and trafficking, again pointing out the growing connection between human traffickers and terrorists. He said that France would double the number of police guarding its borders.

According to Eurostat records, close to 628,000 non-EU citizens were found to be illegally in the bloc in 2019, a 10% increase on the annual level. At the same time, entry was refused to more than 717,000 non-EU citizens, the highest number on record.