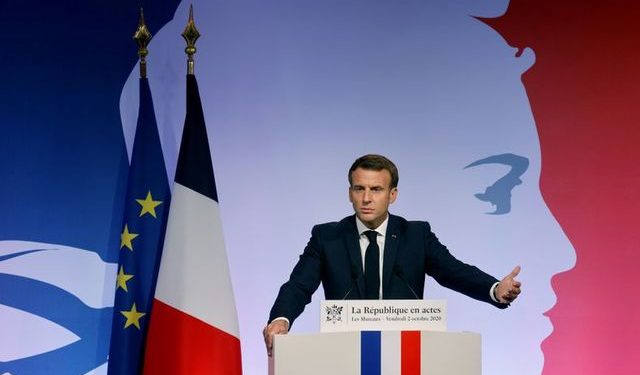 Belgium (Brussels Morning Newspaper) The bizarre sight of the Russian and French presidents Vladimir Putin and Emmanuel Macron sitting some six metres apart at a long, empty table during their Moscow meeting this week was because of Macron refusing to be tested for coronavirus by Russian authorities.

While some analysts were speculating that Putin used a long table — later ridiculed on social media — to send a message to the French president, sources within Macron’s entourage told Reuters that the French were concerned about the possibility of DNA theft in the event that the Russian authorities were allowed to take a nasal swab sample from the French head of state for a PRC test.

Macron was reportedly given a choice: accept the PCR test, and have a regular meeting with a standard handshake photograph, the two sitting close to each other and everything that comes with a high-level state meeting, or refuse the test and spend his visit distanced from Putin.

“We knew very well that meant no handshake and that long table”, the French source told Reuters. “But we could not accept that they get their hands on the President’s DNA.” Macron took a French PCR test instead, and then had a quick antigen test done on site by his own doctor once he arrived in Moscow. According to a second source, the Russian authorities told French envoys that Putin “needed to be kept in a strict health bubble”.

Kremlin spokesman Dmitry Peskov confirmed that Macron refused to take the Russian PCR test, and said Russia had no problems with his decision, but that it meant the two leaders would have to keep a 6-metre distance from each other during the meeting. “There is no politics in this, it does not interfere with negotiations in any way”, Peskov declared.

Macron’s office replied to questions over the concerns of possible DNA theft, by stating that the French President has doctors, who are responsible for defining what rules are acceptable and what is not acceptable when it comes to observing his own health protocol.