Macron plans police reforms over allegations of racism and brutality 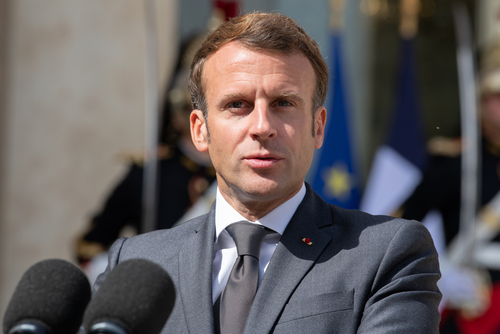 According to an unnamed official interviewed by AFP, Macron will pledge a massive investment in the French police, asking for radical changes in return, relating to how the police force protects French citizens.

Macron also reportedly plans to address one of the major criticisms of the French police by finally establishing an mechanism “independent oversight” mechanism for the force. The current body for processing complaints, the Inspection Generale de la Police Nationale (IGPN), is composed mostly of police officers and its head is appointed by the interior minister. Such a body, critics claim, cannot be considered independent and is likely to side with the officers in dealing with any citizen’s complaint.

Macron’s reform plan follows months of public consultations on how to bridge the communications gap between citizens and the police, who, in the past, have often been accused of brutal treatment of detainees, and of harbouring a culture of systemic racism against non-white French citizens.

The consultations were initially triggered after a video was circulated online that showed four white police officers beating an unarmed black man, a music producer, in his Paris studio last November.

Macron has since denied that the police force suffers a problem with racism, but has conceded that there is a problem in applying the so-called “racial profiling” in handling suspects, admitting that non-white French citizens are disproportionally targeted for police stops.

The police unions, meanwhile, defend the officers by stressing that they are chronically overworked, and are themselves often the target of violent attacks by protesters and criminal gangs.