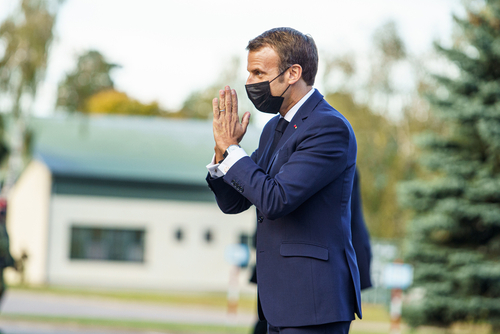 Brussels (Brussels Morning) France’s President Emmanuel Macron embarked on a two-day visit to Croatia on Wednesday, the first official visit by a French president to the most recent EU state since its independence.

Accompanied by Defence Minister Florence Parly, Macron arrived to seal the deal on Croatian procurement of 12 used Dassault Rafale F3R fighter jets. Estimated at around one billion euro, the procurement is Croatia’s largest defence investment since the Patriotic war in the 1990s.

Macron said he was proud of being the first French president to visit Croatia, observing that it was unfair that no French president had visited Croatia in the 30 years since the country seceded from Yugoslavia.

Macron also signed a new strategic partnership agreement with Croatia’s Prime Minister Andrej Plenković, expanding cooperation between the two countries to the issues of security and migration management, among others.

“Croatia is ready for Schengen”, Macron told a news conference after meeting the Prime Minister. “It showed it was ready, it observed the process. Croatia demonstrated that it has firm organisation and capability to protect its borders, the outer borders of the Union, as regards fight theagainst smuggling.”

Plenković told Croatian media that he was counting on France’s declaration of support for Croatian accession to the Schengen area, one of the country’s key foreign policy goals. He also expressed belief that France would support Croatia’s adoption of the euro, another policy goal for the country’s centre-right ruling coalition.

Croatia expects the launch of its Schengen accession in December, during the final days of the Slovenian EU presidency, with a view to completing it by June 2022, during the French EU presidency. Croatia also hopes to adopt the euro by 2023.

Receiving Macron today, Croatia’s President Zoran Milanović welcomed the defence procurement contract, calling it “a big deal, both strategically and financially”. He also made a point of stressing that the fresh alliance with France did not imply Croatia was halting its long-term defence alliance with the US. “We have cooperated and we will cooperate with the USA”, he said.