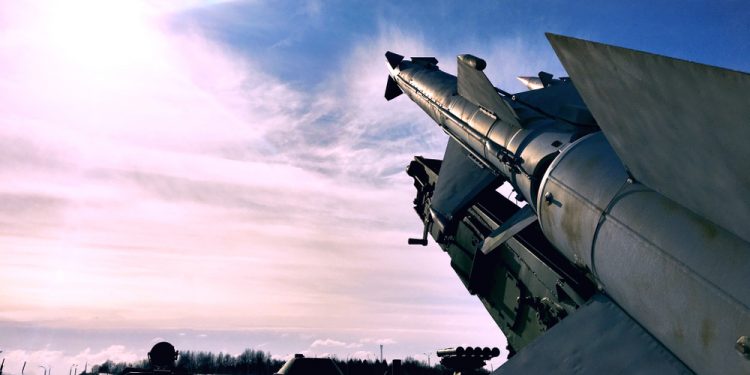 The nuclear tomahawks are directed to the sunny sky.

Speaking after a meeting with the President of Egypt Abdel Fattah el-Sisi in Paris on Monday, Macron said he would not allow matters of economic cooperation and defence to hinge on disagreements over human rights. Insisting on dialogue is a more effective approach than boycotts, he said. The latter, he noted, can only have negative effects on our partner Egypt in the fight against terrorism.

Egypt and France are both concerned about instability in the Sahel, the political situation in Libya and threats that jihadist groups represent. Moreover, the two countries have come closer economically and militarily in recent years.

French and international human rights organisations warned in a statement before the two leaders met on Monday that Macron was ignoring violations of human rights that have occurred under Sisi. Bénédicte Jeannerod, France Director of Human Rights Watch, accused Macron of approving ruthless repression in Egypt and ignoring his commitments.

On the other hand, French officials made the point that the government avoids public discussion about other countries’ human rights records, preferring a policy where such issues and concerns are raised in private. After yesterday’s meeting, Macron noted that releasing members of the Egyptian Initiative for Personal Rights was a step in the right direction, saying he had presented President Sisi with a list of people who should be released.

France was Egypt’s main arms supplier in the period between 2013 and 2017, with arms trade between the two countries waning in the last years. Unnamed diplomats claimed this is due to financing issues and that it also reflected France’s response to human rights violations.

Sisi rejected accusations of human rights violations, stressing that “it is not appropriate for you to present the Egyptian state and everything it does for its people and for the stability of the region, as an oppressive regime.” He pointed out that Egypt is trying to build a better future in a region that is in turmoil, and that in the circumstances, Egypt had nothing to be ashamed or afraid of.Relations between Egypt and France have improved under the secular rule of Sisi, France24 reported Sunday. Both countries share common interests in the Middle East and are wary of Turkey’s President Recep Erdoğan. An unnamed French official noted on Sunday that Macron intended raising the issue of human rights in his talks with Sisi and pointed out that Egypt had recently released three political prisoners, stressing that this was a good sign.