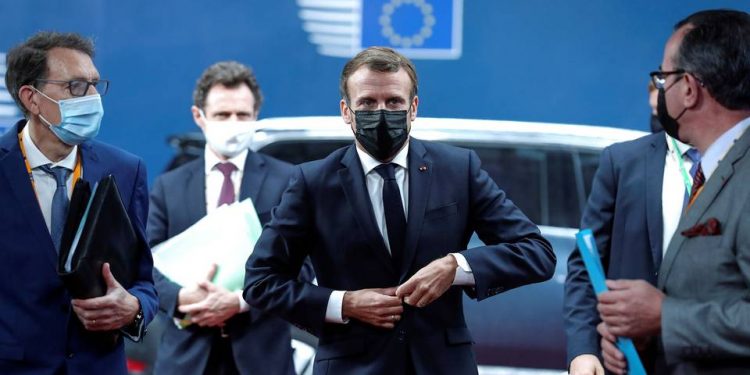 Brussels (Brussels Morning) French President Emmanuel Macron has described the UN Security Council, France being one of its five permanent members, as having become useless and called for strengthening the autonomy of European nations in an interview with Le Grand Continent, according to DW reporting yesterday, Monday.

The UN Security Council is no longer producing useful solutions, he claimed, asserting that the need for more useful forms of international cooperation. Macron proposed modernising and updating structures in order to create a level playing field, and suggested the way forward is by making Europe strong and political.

His comments come after the German Defence Minister Annegret Kramp-Karrenbauer called for stronger cooperation between the EU and the US in an editorial for Politico. She argued that the EU should abandon ideas about its strategic importance, maintaining that the bloc will not be able to replace the US as a security provider.

Taking issue with Kramp-Karrenbauer’s comments, Macron said they amounted to an historical misrepresentation. He criticised her opinion that the EU’s strategic autonomy was an illusion.

As he understood it, Macron said, Germany’s Chancellor Angela Merkel, fortunately, does not share her Defence Minister’s opinion.  In his view, the US will only respect the EU as allies if the bloc is sovereign with respect to its defence.

Macron pointed out that US President Donald Trump has been pushing the EU to spend more on defence and to become more involved with NATO. He observed that Trump’s position was one that was shared by previous US administrations, though perhaps not with so harsh a tone.

He allowed that European countries often disagree on how exactly to achieve these aims as well as on the degree of autonomy that would be most desirable.

US and French values are not quite the same, Macron noted, pointing out how France prefers equality and has an attachment to social democracy, which the US does not. He added that the EU is strengthening its autonomy, as are both the US and China.

This was not the first time that Macron called for strengthening EU’s autonomy.

Macron’s comments came before he met with US Secretary of State Mike Pompeo. After the meeting, the State Department noted the two had discussed threats to global security and their efforts to fight violent extremism. Pompeo pointed out that the US and the EU should be unified in this regard.