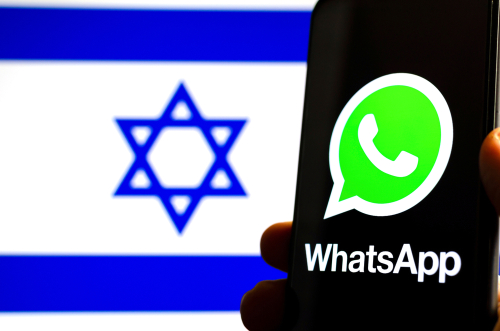 The list, uncovered by an investigative consortium of 17 international media organisations and Amnesty International, contained tens of thousands of mobile phone numbers, several hundreds of which the organisations managed to identify. According to Le Monde, Macron’s number was on the list, as were the numbers of 15 other members of the French government.

While the presence of a phone number on the list does not necessarily mean that the phone itself was targeted, a hacking attempt was confirmed in the case of former environment minister Francois de Rugy, a friend of Macron. Journalists were unable to verify whether any other ministerial phones were similarly affected.

The Pegasus spyware is a software tool designed to hack into a mobile phone and provide nearly full access to its data, messages and functions. This allows the Pegasus user to effectively turn the phone into a listening device. Pegasus was developed by an Israeli private company, the NSO Group, and exported to a number of governments around the world after receiving clearance to do so by Israel’s Defence Ministry.

While the NSO Group insists that the leaked list is not factual and that the international consortium has published uncorroborated claims that are false, the Israeli government has reportedly opened a probe into the use of Pegasus software by its clients.

Rights groups are warning that such software, ostensibly designed to combat terrorism and national security threats, is being increasingly used to monitor political opponents, activists and journalists in less democratic countries around the world.

According to French media, Macron, his ministers and a number of French journalists were targeted by a Moroccan intelligence agency, raising concerns about future relations between France and Morocco should the allegations prove true. Morocco, however, maintains it has never purchased software designed to intercept electronic communications.