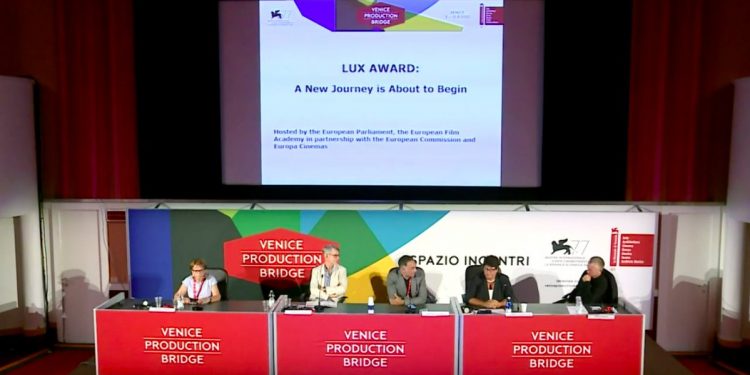 “Until now, LUX filmography has emotionally echoed our political work on environment, migration, fighting poverty and inequalities as well as on democracy and pluralism. Now we will continue this work with strong and amazing partners and take the award a step further,” said Sabine Verheyen (EPP, DE), Chair of Parliament’s Culture and Education Committee, while unveiling the details of the revamped award on Saturday in Venice.

She added that due to COVID these were “difficult times for the audiovisual and film environment” and said that the award presented an opportunity to “come together in building a stronger sense of community and belonging in defending cinema and culture”.

“Cinema is a tool that has never ceased to describe and narrate our complex society, and above all it is one of the most fundamental ways of understanding the reality in which we live.” said David Sassoli, President of the European Parliament, in his video address to the Venice film festival audience.

Mike Downey, chairman of the European Film Academy, will be the Honorary President of the LUX jury.

Until recently, only Members of the European Parliament were entitled to vote for the competing films. With the new award, the winner will be selected jointly by MEPs and the public, each representing 50% of the vote.

The three European films that will make up the LUX Award selection will be selected by a panel of film industry professionals.

On 22 June, the EP’s Committee on Culture and Education approved the list of members for the Selection Panel, by adding new members:

– Vanessa Henneman, Dutch talent agent and lawyer specialized in intellectual property rights and copyrights, who is also a member of the European Film Academy Board;

– Maria Silvia Gatta, a policy officer of European Commission, who will serve as an observer.

The new members will join the standing members who remain in their positions from previous years — see more on the LUX award web.

The three nominated films this year will be announced during the European Film Awards Ceremony in Reykyavik, Iceland, on 12 December.

Until April, the three nominated films subtitled in the 24 official EU languages will then be screened across Europe. The public will have the chance to cast their votes and rank the nominated films by giving them 1 to 5 stars. The audience and the MEPs each have 50% of the vote.

On April 28 2021 the winner will be announced in the LUX Award Ceremony during the plenary sitting of the European Parliament.

Limited format due to Covid-19

In the new format five nominees will be competing for the award each year, and subtitled in 24 European languages. However, due to the impact of Covid-19 on the film industry market, the number of films running for the award in the first edition will be exceptionally three.