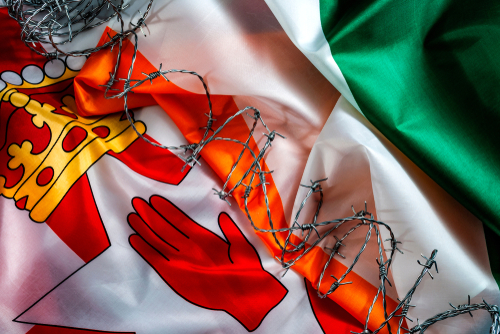 The outlawed groups which fought against Irish nationalists during the Northern Ireland “Troubles” sent a letter to the British Prime Minister announcing they would temporarily deny support for the 1998 peace deal, to show their opposition to the Brexit agreement’s Northern Irish Protocol.

The paramilitary forces, including the Ulster Volunteer Force, the Ulster Defence Association and the Red Hand Commando, expressed their concern over the disruption to trade that the Protocol caused, but made clear that their opposition should remain “peaceful and democratic”.

However, they warned that their core disagreement with the Protocol, which effectively places a customs border between Northern Ireland and the rest of the United Kingdom, is that they believe it has already breached the Good Friday agreement. “Please do not underestimate the strength of feeling on this issue right across the unionist family,” the letter stated.

Such a warning hints at the danger of new conflicts re-emerging in the future, since the loyalists fear the new arrangement is pushing Northern Ireland closer to reunification with the Republic of Ireland, while simultaneously pushing it away from the rest of the UK.

The 1998 Good Friday agreement ended the conflict between Catholic paramilitaries fighting for Irish reunification and Protestant loyalists fighting to keep Northern Ireland British. The deal included provisions that pledged never again to form a hard border between NI and Ireland. In keeping with this commitment, the Northern Irish Protocol was included in the Brexit deal as a workaround to evade such an outcome.