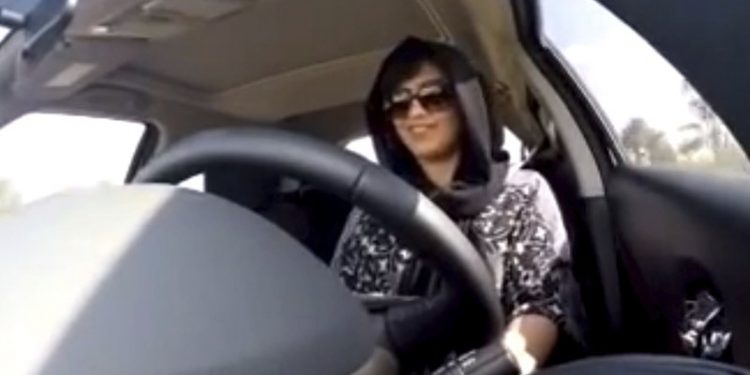 One of Saudi Arabia’s most prominent women’s rights activists was sentenced Monday to nearly six years in prison under a vague and broadly worded counterterrorism law.

Paris (Brussels Morning) Loujain al-Hathloul, a 31-year old Saudi women’s rights activist, has been sentenced to almost six years in prison, at the end of a legal ordeal that has mobilised campaigners worldwide and further politicized the continuous violations of human rights in the kingdom.

“One of Saudi Arabia’s best-known prisoners”, according to the New York Times, al-Hathloul has been detained since 2018 for her campaign for the right to drive. She was sentenced to five years and eight months in prison after being found guilty of spying with foreign entities and conspiring against the kingdom.

Despite a 20-year sentence sought by the prosecutors, the judge suspended almost three years of the sentence and backdated the start of the term, which means she could be liberated in March 2021.

She will be under probation for three years and banned from travelling abroad for five years, seen as another mark of the crackdown on freedom of speech in the kingdom.

Loujain was detained without official charges and detained in a maximum security prison with no contact with her family or lawyer for several months. Her case was transferred last month from a criminal court in Riyad to one dealing with terrorism cases, which is now used to judge political prisoners, Le Monde reported.

She has gone on hunger strike twice to protest restrictions on family visits and prison conditions and appeared weak in recent weeks, according to Middle East Eye. She also claims she was subject to torture, including electric shocks and sexual harassment, although implicated parties have been cleared of accusations by a Saudi court.

Her family has strongly denounced what they say is an obvious cover-up while calling the terrorism charge “an ultimate hypocrisy”. “My sister is not a terrorist, she is an activist”, said her sister Lina al-Hathloul in a statement on Monday.

According to the Guardian, the charges included meeting European diplomats, applying for a job at the UN, and joining a Telegram discussion group on human rights and a new constitution. Terrorism charges were based on documents found on her laptop, including a pdf file of the UN convention on the elimination of all forms of discrimination against women.

She has come to symbolise the human rights abuses that “stubbornly cast a long shadow” over Saudi Arabia’s drive for economic and social reform, notes the BBC.

A relentless crackdown on activists

Amnesty International’s Regional Director for the Middle East and North Africa, Heba Morayef, said in a statement: “Loujain al-Hathloul is a brave human rights defender whose peaceful activism together with other brave Saudi activists has driven momentous social change in Saudi Arabia.

“This sentencing, while partially suspended, still shows the cruelty of the Saudi authorities towards one of the bravest women who dared to be vocal about her dreams of a better Saudi Arabia. With this deeply flawed trial and the continued relentless crackdown on activists and human rights defenders, Saudi Arabia has proven that its rhetoric on human rights reform is utterly hollow”.

Alaa Al-Siddiq, the executive director of ALQST, a Saudi human rights group, said: “The fact that she has been sentenced under the counter-terrorism law, based on charges solely relating to her peaceful activism, is the latest travesty of justice in a trial that has been flawed from start to finish and lacked reliable court evidence”.

Human Rights Watch executive director Kenneth Roth described the sentence as shameful, saying Hathloul had “demanded her rights rather than wait for the Saudi crown prince to bestow them at his own stately pace as a matter of royal prerogative”.

Although the regime granted women the right to drive in June 2018, the crackdown on dissent and the imprisonment of several activists, businessmen and clerics underline how the Crown Prince perceives his much-touted social reforms.

These will be initiated at the initiative of the kingdom’s rulers in a top-down manner, instead of the successful bottom-up activism of a blooming civil society.

Since Mohammad Bin-Salman took control over the most crucial portfolios in the Saudi administration, he has demonstrated authoritarianism that allows no space for political dissent, even within the royal family.

Although the Saudi authorities have called it a case of internal security where no foreign interference would be tolerated, the sentence’s timing is telling of how politicized the issue is on an international level. The Saudi foreign minister, Prince Faisal bin Farhan had earlier told Agence France-Presse that there were accusations of “dealing with states unfriendly to the kingdom and with providing classified information and other issues like that”, without offering any credible proof about the claims.

A nod to Biden

The “clemency” shown by the judges is seen as a nod to the incoming Biden administration, which has vowed a tougher stance on human rights abusing states, especially Saudi Arabia.

The tone was set by Joe Biden’s National Security advisor Jake Sullivan in a tweet: “Saudi Arabia’s sentencing of Loujain al-Hathloul for simply exercising her universal rights is unjust and troubling. As we have said, the Biden-Harris administration will stand up against human rights violations wherever they occur”.

The UN Office for Human Rights has called the sentence “deeply troubling”.

France’s ministry of foreign affairs has repeated a call for her immediate release, “reiterating its constant mobilisation in favor of human rights and equality between women and men”. The German Federal Commissioner for Human Rights and humanitarian aid, Bärbel Kofler stated that releasing Al-Hathloul now, before the conclusion of the trial would be a “positive sign”.

“Her case is one of many [cases] which show that the Saudi authorities are acting with excessive severity against human rights activists”, he said while adding that “the reports of torture, as well as her poor health, are very disturbing, and it is incomprehensible that the court did not investigate these allegations”.