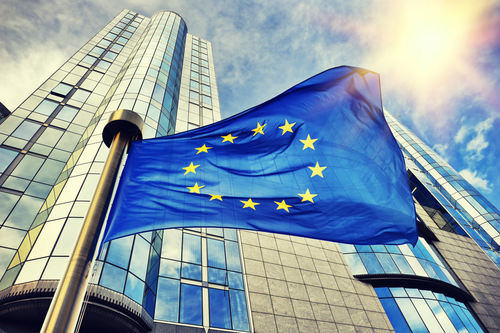 Brussels (Brussels Morning) This week, the European Parliament will convene plenary sessions featuring debates and votes on Brexit, the digital green certificate, Russia and China, rail passenger rights and legislation to prevent terrorist content online. MEPs will also discuss and vote on a wide range of EU-funded programmes, including the Horizon Europe research programme, which is expected to advance the EU’s green transition and help improve the bloc’s health response and preparedness.

On Monday, Parliament will discuss a wide range of EU programmes, including the Horizon Europe, research programme, which replaces Horizon 2020, and will operate with a total budget of 95.5 billion euro until 2027. Parliament will focus in particular on Horizon Europe’s framework and review the rules for participation and dissemination.

EU research ministers adopted Horizon 2020 last month, having agreed that 35% of the total budget should be spent on research and innovation to underpin the EU’s climate change objectives.

On Tuesday, MEPs will debate and vote on the EU-UK agreement, setting the tone for the future trade relationship between the EU and the UK. EU lawmakers are expected to back the trade and cooperation agreement overwhelmingly.

In efforts to minimize cross-border disruption, the agreement has been provisionally applied since 1 January 2021 but that is expected to lapse on 30 April.

During the parliamentary session, MEPs will also vote on a resolution assessing the status of the agreement. They are set to insist on its full implementation along with the withdrawal agreement, and to stress the Parliament’s role in scrutinising the practical application of the deals.

On Wednesday, Parliament will discuss and vote on the European Commission’s proposal for a digital certificate, developed to identify whether a person has been vaccinated, has had a COVID-19 negative test or has recovered from the virus.

Once MEPs amend the legislative proposal, talks with EU countries will be initiated promptly in order to see the certificate fully adopted by the summer.

Parliament will hear from the Commission and the European Council about the accessibility and affordability of COVID-19 testing.

Also on Wednesday, taking account of the mounting tension between the EU and Russia, MEPs will discuss Alexei Navalny’s imprisonment and treatment, the Russian military build-up on the Ukraine border and the recent diplomatic row between Russia and the Czech Republic.

The parliamentary session will also highlight a debate with EU Foreign Policy Chief Josep Borrell on the Chinese sanctions against several European entities and politicians over the Muslim Uighur minority group. The EU has not imposed new sanctions on China over human rights abuses since the Tiananmen Square crackdown in 1989.

Parliament is set to adopt new rules on Wednesday to better protect and assist train travellers, by guaranteeing re-routing and assistance for passengers when trains are delayed or cancelled. The new law is expected to improve access and assistance to people with reduced mobility, and will help ensure more dedicated spaces for bicycles on trains.

On Wednesday, MEPs are scheduled to greenlight new rules preventing the dissemination of terrorist content online, obliging internet platforms to remove flagged content or disable access to it in all member states within one hour of a takedown request. Civil society groups have raised concerns as to whether this measure will give rise to increased censorship, claiming there is a lack of safeguards to prevent arbitrary removal of contents.