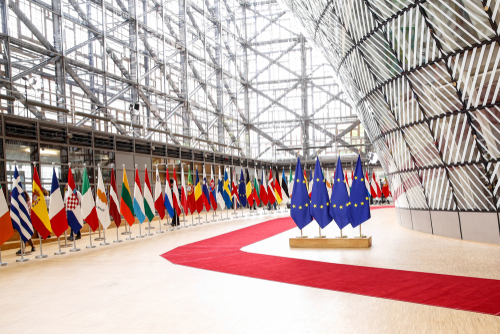 Brussels (Brussels Morning) This week the European Commission’s agenda features a discussion on youth recovery, a defence ministers’ NATO meeting, talks on how to boost the euro currency at global level, and developments related to the Europe’s Beating Cancer Plan.

On Monday, Jobs and Social Rights Commissioner Nicolas Schmit addresses the conference hosted by the European Trade Union Confederation with a special focus on youth recovery and the need for quality jobs to prevent a “lost generation”. The European Commission says it recognises the importance of investing in better jobs and greater qualifications as the way forward and it has been promoting increased social rights. Commissioner Schmidt will guide the debate through these civic questions during the networking hub Pact for Skills gathering on Tuesday.

On Wednesday, High-Representative Josep Borrell will join the Defence Ministers of Sweden and Finland during a NATO meeting.  The virtual encounter follows last May’s gathering of the Nordic countries, when Sweden, Finland and Norway started negotiations to increase defence cooperation. Norway has been a NATO member since 1949, while Sweden and Finland seem to be moving closer to NATO membership, despite a non-military alignment.

During the last EU-NATO meeting in December, diplomatic leaders announced they were working on an Emerging Technology Implementation Roadmap to provide clarity on issues like hybrid and cyber threats and countering disinformation.

Also on Wednesday, Financial Services Commissioner Mairead McGuinness will address a high-level online event focusing on financial resilience, the future of secondary sanctions and global response. In particular, McGuinness will present the Commission’s initiative to boost the euro’s international role, financial markets’ strength and implementation of EU sanctions. The Commission’s aim is for Europe to play a leading part in global economic governance while protecting the EU from unfair and abusive practices.

Recently, the Commission announced its Winter Forecast showing a glimpse of hope amidst the instability unleashed by the coronavirus pandemic. Economy and Finance Commissioner Gentiloni said the EU is expected to reach its pre-pandemic level of the fourth quarter of 2019 in the second quarter of 2022, earlier than had been expected last autumn. Yet, in 2022, annual GDP in the EU and the euro area will remain about 4% below what pre-pandemic forecasts had projected.

On Thursday, Health Commissioner Stella Kyriakides will hear the EU Scientific Advice Platform on COVID-19. The event comes days after the EU executive welcomed news on the start of the European Medicines Agency rolling review of Curevac’s COVID-19 vaccine. This development is expected to expedite the procedure for authorisation of another vaccine. Meanwhile, the Commission continues to urge citizens to follow the coordinated approach on travel restrictions, based on the common colour code.

Energy Commissioner Kadri Simson will participate in a EU webinar, part of the EU Refining Forum, on Thursday. The discussion will focus on key developments and policy initiatives relevant to the refining industry, which were unveiled during the first year of President Ursula von der Leyen’s Commission, and their implications. A special focus will be on the European Green Deal and its consequences for industry, recovery, and the role of renewable and low-carbon fuels in the transition towards climate-neutrality.

On Friday, Kyriakides, in an address to the European Cancer Patient Coalition, will speak on the “right to be forgotten”, an after-care, quality of life support system designed to protect the rights of former cancer patients and assure them on matters such as continued health insurance and penalty-free bank loans. The discussions will detail the recently announced Europe’s Beating Cancer Plan, which covers 10 flagship initiatives and has a budget of 4 billion euros.