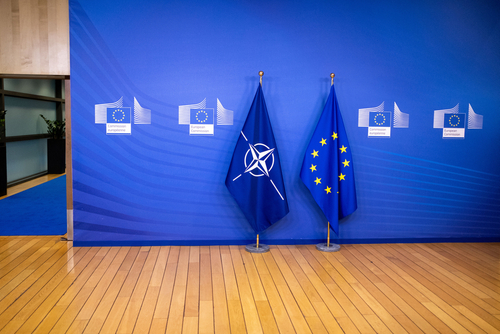 Brussels (Brussels Morning) This week the European Commission’s agenda will feature a number of discussions starting with the role and contribution batteries can make in helping achieve the goals of the European Green Deal. Commissioners will discuss food security and environmental security, as the EU looks at how regenerative agriculture can pave the way. A meeting on NATO is also scheduled as are discussions on global health and the EU’s contribution, the rule of law, and EU-Africa relations vis-à-vis energy infrastructure.

On Monday, Interinstitutional Relations Commissioner Maroš Šefčovič addresses the online Battery Summit conference in Portugal. This follows just days after EU countries voiced their concerns about the feasibility of the Commission’s sustainable battery proposal. Some member states cited the increased bureaucratic costs for battery producers, since the legislation will require significant changes before entering into law.

Later in the week, on Friday, Environment Commissioner Sinkevičius is to take part in an online discussion with the European Recycling Industries’ Confederation (EuRIC). EuRIC recently called attention to recycling scrap tyres to create artificial turf infill as an environment-benefiting application worth including in the strategic objective of the new Circular Economy Package.

On Tuesday, European Green Deal Commissioner Frans Timmermans delivers the closing address at the annual conference on food system renewal, at the Forum for the Future of Agriculture. Food security and environmental security will be at the centre of the discussions. The Commission recently announced a plan to restore soils, in an attempt to regenerate the land and enrich food crops.

Later the same day, Timmermans addresses representatives of the CEO Action Group for the European Green Deal of the World Economic Forum. The group seeks to mobilise business to step up commitments towards achieving the Green Deal and the EU greenhouse gas reduction targets for 2030.

On Wednesday, after the regular meeting of all Commissioners , President Ursula von der Leyen and High Representative Josep Borrell will attend the NATO Ministerial meeting to discuss the COVID-19 pandemic, global economic recovery, climate change, and how to strengthen democracy.

US Secretary of State Antony Blinken will attend the NATO meeting, in Brussels

On the same day, Budget Commissioner Johannes Hahn will participate in the European Parliament Plenary debate on the reform of the EU’s Own Resources. As of today, 13 out of the 27 member states have ratified the Own Resources Decision, a necessary step for each EU country, as unanimous ratification is a precondition for the Next Generation EU to begin to disburse the funds.

On Thursday, Health Commissioner Stella Kyriakides delivers a keynote speech to the virtual Conference on Strengthening the EU role on Global Health, which is being organised by the Portuguese Presidency of the Council of the European Union.

Kyriakides will also address an EU4Health programme event on Friday, which will highlight the health profile of Cypriot. It will also provide an opportunity to present an update on the Europe’s Beating Cancer Plan.

Justice Commissioner Didier Reynders will participate in an event organised by the National Bank of Belgium on the rule of law in the EU. Participants are expected to provide updates on the overall status and the implications for candidate and neighbouring countries.

The EU is still struggling to manage political disputes with and between member states that have been challenging and defying rule of law norms. On 11 March, Hungary and Poland launched legal action at the European Court of Justice against the regulation tying the disbursement of bloc funds to the rule of law situation in EU countries.

On Friday, Transport Commissioner Adina Vălean will hold a virtual discussion with Amani Abou-Zeid, the African Union Commissioner for Infrastructure and Energy. A recent study by Oxford University showed that Africa is not on track to meet its ambitious targets for the use of renewables. These are are now expected to account for less than 10% of Africa’s energy generation by 2030.

The study further predicts that in 2030, fossil fuels will account for two-thirds of all generated electricity across Africa, while an additional 18% of generation is set to come from hydro-energy projects. These come with their own challenges, according to the study, which cites, for example, their vulnerability to the increasing number of droughts being caused by climate change.