London court greenlights Assange’s extradition to the US 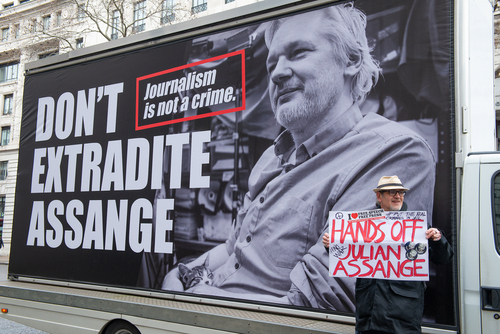 Brussels (Brussels Morning) A London court ruled on Friday that there are no legal obstacles blocking the extradition to the United States of Wikileaks founder Julian Assange, a verdict that overturns a previous decision by a lower court in the UK.

London’s High Court sided with the US in the appeals case, after Washington’s legal representatives offered assurances that sought to assuage and alleviate issues that contributed to the lower court’s prior decision.

In January this year, London’s District Court ruled that Assange would pose a serious and credible suicide risk should he be extradited to the US, ultimately deciding against granting the extradition request.

US representatives appealed, and meanwhile offered assurances that Assange would not be brought to the ADX Colorado maximum-security prison prior to trial. They also stated that, should he be found guilty by a US court,  he would be allowed to serve out his sentence in his native Australia.

The US has charged Assange with 18 counts, including espionage charges, for publishing a series of confidential documents and information on the Wikileaks site, which the US claims endangered national security and also put people’s lives in danger. Assange is also suspected of encouraging whistleblowers to leak sensitive documents, and of aiding them attain digital access to such documents, which the US prosecutors claim represents hacking and espionage.

Assange and many civil rights groups and activists insist that what Wikileaks was doing amounted to journalistic work, and that therefore it should be considered as protected speech.

Assange has been in custody in a British prison since 2019, despite having served a previous sentence for breaching bail conditions in a separate case. Fleeing US extradition, Assange broke bail and sought political asylum in the Ecuadorian Embassy in London, where he spent nearly seven years.

He was ultimately denied asylum by Ecuador’s President Lenín Moreno, who declared that Assange had breached the terms of his asylum, a development that occurred soon after photos surfaced on the internet linking Moreno to a corruption scandal.